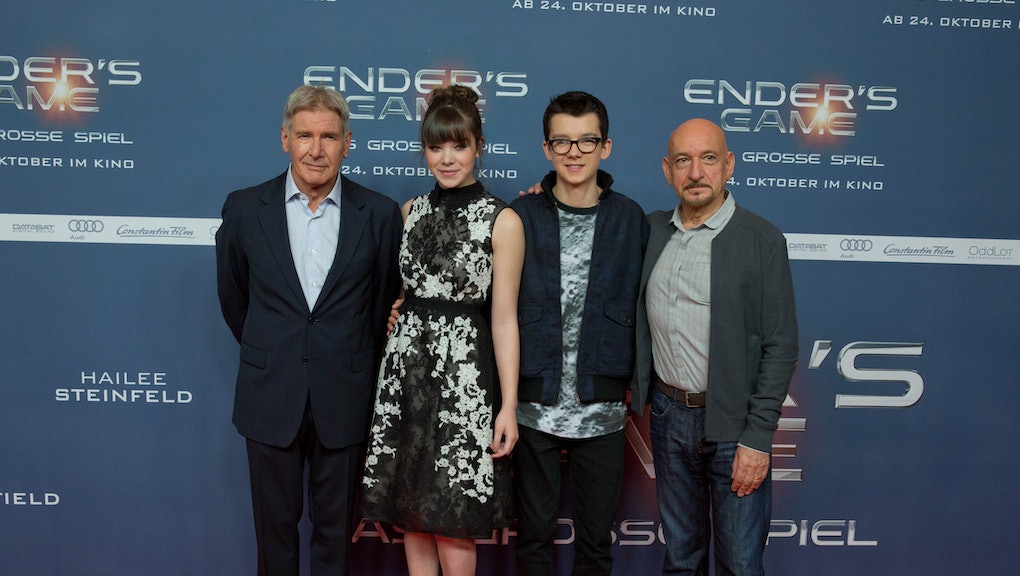 'Ender's Game' Boycott: How to Take a Stand Against The Controversial Movie

Ender’s Game, slated for release on November 1, garnered several negative reactions, due to the author and producer, Orson Scott Card’s, homophobic beliefs. Geeks Out has proposed numerous events to attend while boycotting the actual movie. Individuals should attend these events to help boycott the movie while donating money to causes supporting LTGTQ rights as opposed to supporting the author’s homophobic agenda.

Participants have a ton of events to choose from. In New York City, people may watch The Fifth Element, another sci-fi movie, and give a suggested donation of $10 going to the Tyler Clementi Foundation.  People in Toronto can go to a hip bookstore. In Chicago, a screening of Scott Pilgrim vs. the World is showing with drink specials. In Seattle, donations will go towards Gay City Health Project, a non-profit offering free HIV testing along with numerous other programs. The event also will have an additional screening of some awesomely geeky movie. Obviously not all of PolicyMicers live within these cities, but you can always host your own event as opposed to seeing the movie. Skip Ender's Game, provides multiple resources on how to spread the word with Twitter and Facebook, as well as a petition that one may sign.

The boycott is not aimed to detract from the original story, the actors’ performances, or from Card’s ability to express his opinions. The intention is simply to keep from financing his homophobic agenda. Card was a member of the National Organization for Marriage from 2009-2013 and advocated for the criminalization of homosexuality in 1990. The profits from box office sales will go towards the producers, the studio, and Card. Even though Lionsgate, the studio behind the movie, and the actors have expressed their disassociation of Card’s homophobic views, the fact remains that some portion of the ticket sales will end up in Card’s bank account.

Orson Scott Card has even offered a response to the controversy:

"Ender’s Game is set more than a century in the future and has nothing to do with political issues that did not exist when the book was written in 1984.

With the recent Supreme Court ruling, the gay marriage issue becomes moot. The Full Faith and Credit clause of the Constitution will, sooner or later, give legal force in every state to any marriage contract recognized by any other state.

Now it will be interesting to see whether the victorious proponents of gay marriage will show tolerance toward those who disagreed with them when the issue was still in dispute."

Unfortunately, the issues still aren't "moot," as Orson Scott Card likes to claim. 36 states still deem gay marriage illegal. In Indiana, it is a crime even to apply for a homosexual marriage license. Prior to 1984, the issue of marriage amongst the LGTBQ was still prevalent. Unfortunately, with the epidemic of AIDS, homophobic sentiments were on the rise. The issue of marriage laid low on the LGTBQ’s community radar, but the idea of surviving as an outed homosexual was more important. And while the "victorious proponents of gay marriage" should show tolerance towards advocates against marriage, it is hard to show tolerance when those against homosexual marriage claim that it’s often the product of "rape or molestation or abuse."

Viewers may decide to watch the movie if they choose to believe that their $12 ticket won’t make that much of a difference. But why not attend the awesome events and donate $12 where it will make a difference? The choice is up to you, but I at least know where I won’t be on Nov 1.