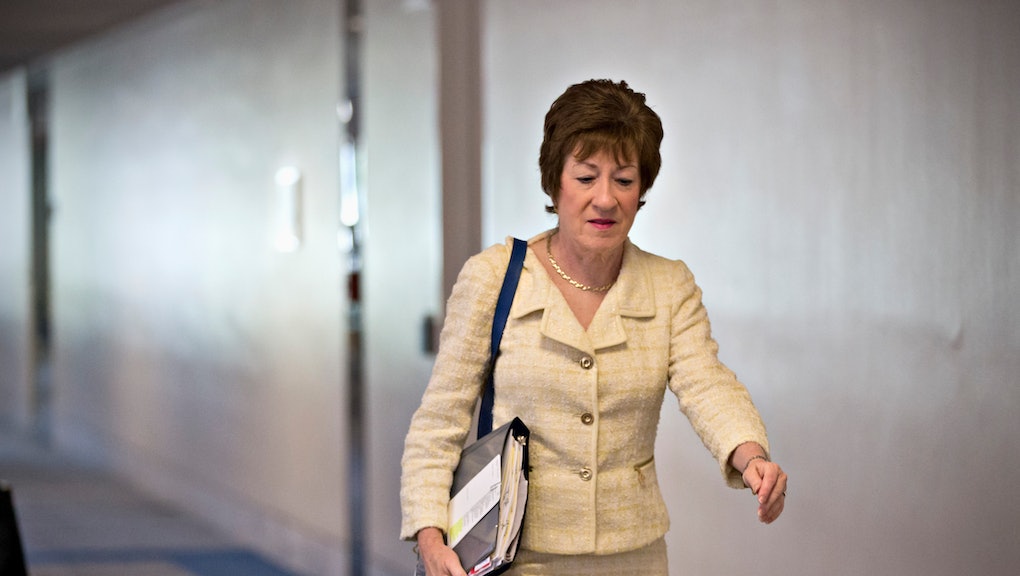 Want to Stop the Next Government Shutdown? Invest in Girl Power

When are they making Women of Congress action figures? I’ll be first in line to buy one, since women pretty much kicked butt during the government shutdown.

“I ask my Democratic and Republican colleagues to come together,” said Sen. Susan Collins (R-Maine)on the Senate floor. It was October 8, a week after the partial government shutdown began. Tensions were high as the nation watched the negotiations (or lack thereof) unfold.

Oh, Susan! What is this "coming together" you speak of? Ha! It’ll never work. Oh wait, but it did. Most congressional women helped end the government shutdown by respectfully continuing to meet behind the scenes and leaving out the partisan blame tactics popular among most of their male peers.

As an undergraduate college student with a social-media circle full of friends with strong political beliefs, I watched the reactions of my peers unfold through tweets and posts. During my coffee shop visits, I overheard heated debates between peers and overjoyed cries of students who had assignments pushed back due to some government resources becoming unavailable. “I’ve never been so happy to see a website down,” whispered a guy next to my table one day.

But if women were represented proportionally in Congress, I can almost guarantee he would’ve been doing that assignment since there would’ve been no shutdown.Women only hold 17% of the seats in Congress currently, despite making up around 50% of the population. Equal representation? Not quite. But it's clear that the small cadre of women in Congress were instrumental in bringing people together and ending the stalemate.

So, want to get more women in Congress so you can keep your life running smoothly? Start empowering them! I run a girl empowerment group in my community (Girl Warrior) and have cultivated experience through teaching workshops, interviewing women in my community, and researching heavily in the area of gender studies. I can tell you this: empowerment works.

Why do we need girl power? Gender inequality certainly still exists as a major issue for much of the world. Generally, girls grow up facing more barriers to educational, professional, and overall life opportunities than their male peers. Girls get trained to ask permission, boys get trained to do what they want. Gender ranking typically puts traditional masculine traits of leadership (no compromise, stoic expressions, aggression) in a positive light while underrating traditional feminine traits. A strong male leader is praised, but a strong female leader is whispered about and called a bitch.

And if you’re thinking of trivializing girl power as unimportant, I’ve got news for you: Political perspectives rise out of personal context. I grew up on being told that I could do anything I wanted, so I did. When society told me to ask permission, I looked towards the women who weren’t and I found strength. By all means, we should be encouraging all children to reach their dreams but as a marginalized group, girls need to see the success of women in the political sphere.

For me, the women in Congress have served as perfect examples of women owning their power. They have defied the norms and become leaders who have effectively listened, learned, and compromised, as rational politicians should do. While the current women serving have certainly been the exception to the rule, their success should be celebrated to inspire future generations of women to come to the table. If you want a better society, then invest in gender equality.