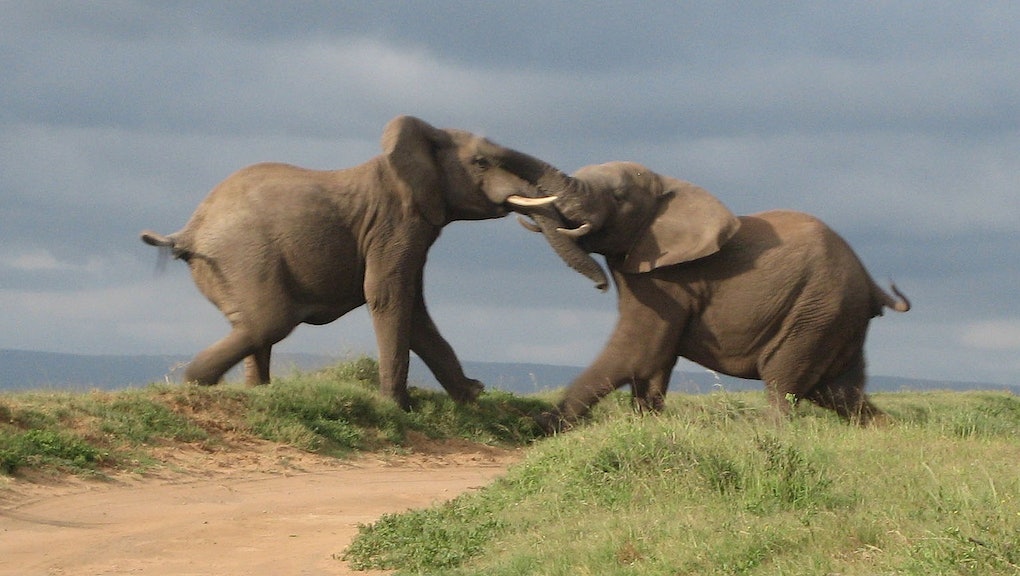 Government Shutdown 2013: One Liberal's Advice to the Republicans

In an attempt to find some talking points for the 2016 presidential campaign by shutting down the federal government, a few congressional Republicans instead found themselves shutting down the hopes of the Republican Party. They put the world economy at risk without any reasonable explanation. Instead of achieving a single goal they left the Republican Party, and their own chances of success, seriously scathed.

And now the Tea Party, lost in delusion, has concluded that moderate Republicans caused the shutdown defeat and that they must be eradicated. Already, conservative political action committees with money are seeking to dethrone Republican leaders, including Sen. Mitch McConnell (R-Ky.), the Senate minority leader who once proclaimed that the Republicans’ single most important goal was to stop President Obama’s reelection. Apparently, by allowing the federal government to continue functioning, he broke ranks. Now he must go.

As a liberal, it’s hard to know how to feel when we see this kind of insurrection within the Republican Party. Republicans were steadfastly loyal to the party through the 2000s. Now, finally, we’ve seen signs of courage from pro-business conservatives who feel that the Republican Party best represents their political philosophies but recognizes how dangerous the Tea Party is to sound policy.

Admittedly, there’s some schadenfreude. Frankly, the Republican Party has been unforgivably hostile towards Democrats and the Obama administration, which for the most part has operated as a very moderate political party on many issues, including but not limited to budget cuts, social policy, and even Obamacare itself.

In order to appease voting blocs inspired largely by racism, illogical mantras, and Fox News talking points, Republicans hoping to retain their congressional seats have embraced bigotry and ignorance as a means of fending off other conservatives in primary races. Many of these congressional races have become races to the right, as each candidate tries to convince voters that she hates Obama more instinctually and thoroughly than the next candidate.

So, to put it bluntly, liberals were just waiting for the other shoe to drop. Eventually, we knew moderates and people who lean conservative would have a moment of reflection and realize they were alienated by a party disinterested in conservatism and instead obsessed with political opportunism and appeasing the ignorant, even at the expense of the world’s financial stability.

As for the potential consequences for the Democratic Party, deep pockets may increasingly turn to the Democrats to ensure market stabilization. After the Tea Party brought Wall Street and Big Business near the abyss, major financial institutions and corporations will look to prioritize the health of the world economy over philosophical differences in regulatory policy. The Democratic Party will become the clear choice and the lesser of two evils. In turn, the Democratic Party may shift further right, embracing the opportunity to take substantial funding from its rival.

For the Republican Party, the future is very unclear. It looks to remain that way for some time. But it’s certainly in the hands of Republicans.

In case you think the Tea Party is going somewhere, it isn’t. Despite the shutdown disaster, they still have majority support from Republicans, because of their broad-based appeal to those who unconditionally despise the President and the federal government. Although they do have lots of money, they don’t need it, because they rely heavily on grassroots movements and social capital to win elections.

I wish the Tea Party well. So far, every effort of theirs has directly or indirectly led to success for the Democratic Party. And as long as Ted Cruz gets to be on television, he doesn’t seem to mind. But if I were a Republican, I would start expressing my concern quickly.