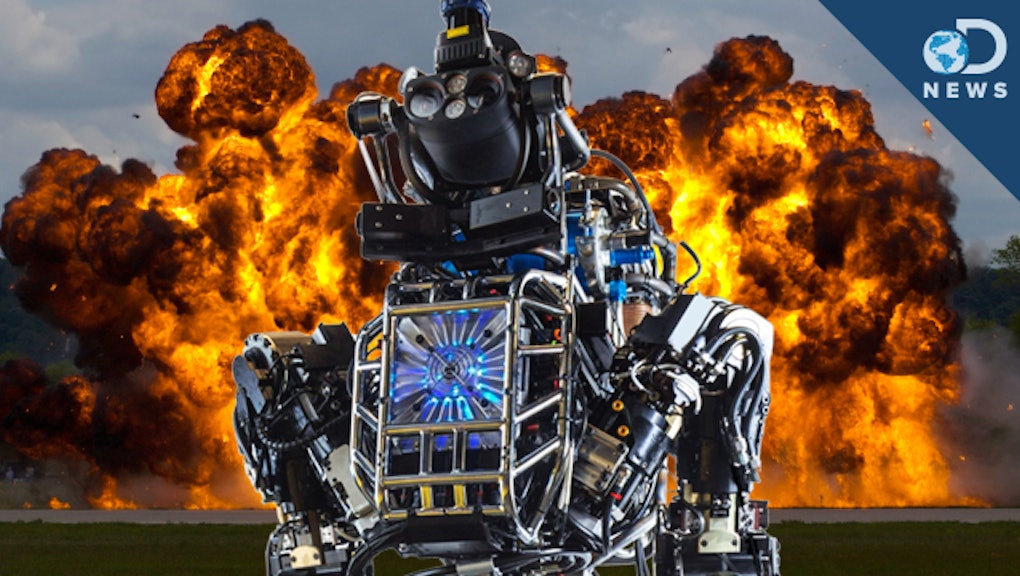 Swing and a miss. A new robot known as Atlas came up short during a recent demonstration in Hong Kong. The 330-pound humanoid lost its balance while walking and broke its right ankle in front of reporters. If robots ever take over the earth, its going to be a while.

Project leader Wyatt Newman said Atlas previously broke its left ankle, prompting the team to fly in an expert from the U.S. to repair it once already.

Developer Boston Dynamics, a robotics company based in Massachusetts, advertises Atlas as the “Agile Anthropomorphic Robot.” Atlas is “designed to negotiate outdoor, rough terrain,” and “walk bipedally leaving the upper limbs free to lift, carry, and manipulate the environment,” in “extremely challenging terrain.”

But it looks like Atlas won’t be carrying anything in rough terrain for a while. It must first learn to walk on its two feet without breaking anything before it can hope to “manipulate the environment.” The robot is funded by the Defense Advanced Research Projects Agency's Maximum Mobility and Manipulation (M3) program, providing funding to new systems designed to “assist in the execution of military operations far more effectively across a far greater range of missions."

The hope is that Atlas will be able to go where humans should not, like into dangerous crash sites to clear debris, or onto nuclear power plants that could be in meltdown. Skeptics see humanoids and other robots as humanity’s future enslavers. Until bipedal bots use their ankles with the same consistency humans have been for millions of years, I’ll keep my money on us humans.