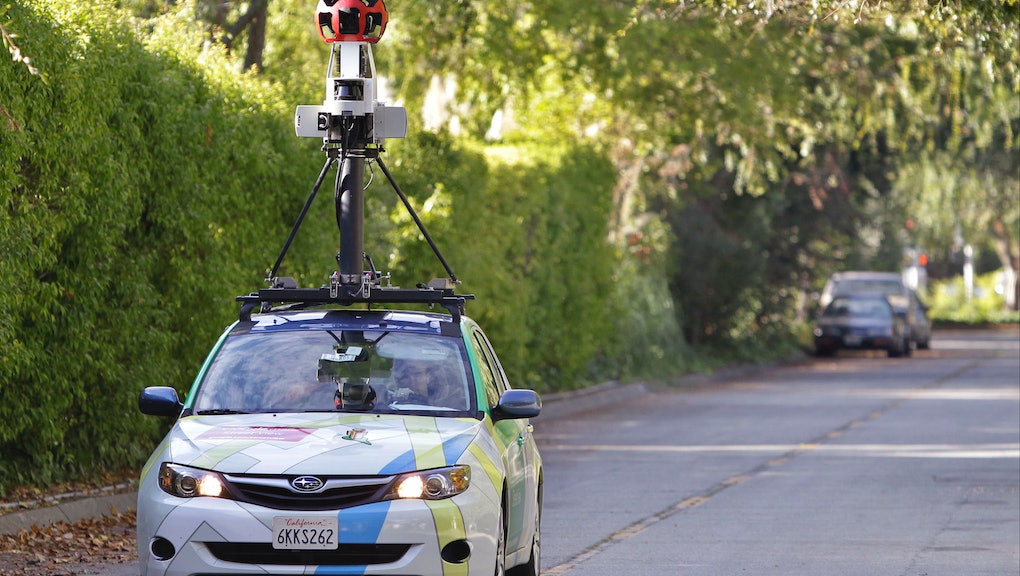 Why San Francisco's Tech Community Is Creating Problems, Not Solving Them

"Entrepreneur" isn't a new word. The general definition (a person who starts a company in order to "solve" a challenge) still stands here in San Francisco. What's changed is the culture of what it means to be an entrepreneur. Businessmen fancy themselves creators, but they're mostly just creating problems.

There's been an influx of entrepreneurs in recent years and they all look pretty much the same: young people, (men mainly, the white kind), who create start-up after start-up, obtaining funding from wealthy investors to keep their businesses alive until they can be acquired by a larger company — hopefully Google or Facebook or Oracle. The word "entrepreneur" has taken on a life of its own. In fact, it's become a codeword in itself, used to obfuscate what is really going on and allow the start-up guys of the Bay Area to make San Francisco their playground.

The main problem is intention. Wealthy business people have frequently come into urban areas and run out family businesses, local artists, poorer people, and minorities for profit. It’s the cycle of city life and it’s complicated and sometimes not pretty and usually not fair. But at least developers and new business owners are frequently honest about their goal, which is always: make money.

However, the entrepreneurs of the start-up world have a different ethos. Instead of presenting themselves as free-market business men, they define themselves as problem solvers, game changers, inventors, and mavericks. The issue? They are only really looking for problems that can be solved through technology, via an iPhone app or a piece of software, because that’s currently the only kind of problem solving major tech companies pay for.

This frequently means start-up entrepreneurs have to invent problems or even expand the definition of "problem." I once heard someone in a pitch meeting talk about the "problem" of forgetting to read articles people have emailed you, which I would rate as a very minor annoyance, on the level of "I want to throw this away but the garbage can is five feet away from me." This person was given large sums of money to solve that problem.

In an article in The New Yorker, Johnny Hwin, a young man who is making loads of money by creating and selling companies, all while living in a loft in a part of the Mission that still houses a lot of rather poor people, says of his loft-y-warehouse-y hip living space: "It’s become this underground community hub for creators ... It just happens that a lot of creators now are entrepreneurs."

For the creators who have lived in this neighborhood (my neighborhood) and this city for awhile, (artists and hustlers, women and non-white people, and also white men who just don’t cite as their number-one goal "getting super rich,") the implication that there is anything "underground" about wealthy people living in a loft is distressing.

People who built this neighborhood and this city into the interesting, random, sometimes dangerous, imperfect place that it is (and make it the place so many of these start-ups want to set up shop in) are being kicked out of their homes because landlords can get exorbitant rent from newcomers who are creating an insane new rental market. Our neighborhoods have grown anesthetized because the "creators" who are moving in don’t really care about the history of the place or the struggle that most people experience just to live here. They care about making money by solving problems that barely exist. They don’t understand that the real problems that the creators who already live here are trying to solve are deeper and have no pay out: how do we exist together? How do we exist with ourselves?

In another New Yorker piece, Anisse Gross talks about a new members-only social club in the Financial District: "What’s so egregious about [the club] isn’t that it’s an exclusive club — there are plenty of those in San Francisco, and many don’t allow women, or have few, if any, minority members — but rather that it’s an exclusive club posturing as an open, diverse place."

This club, and that attitude, are the exact problem with Bay Area entrepreneurs. If they could only be honest with themselves and admit that what they are really trying to do is make a ton of money, it would be easier for the rest of us, the artists and the real problem-solvers, to show them how it's done.

Because when start-up entrepreneurs present themselves as cool, world-changing people, it is difficult to highlight the reality: they are destroying creative energy and creating more problems than they are solving.

We have to start with the language. We need to listen to the words people use, and then we have to figure out what they really mean.