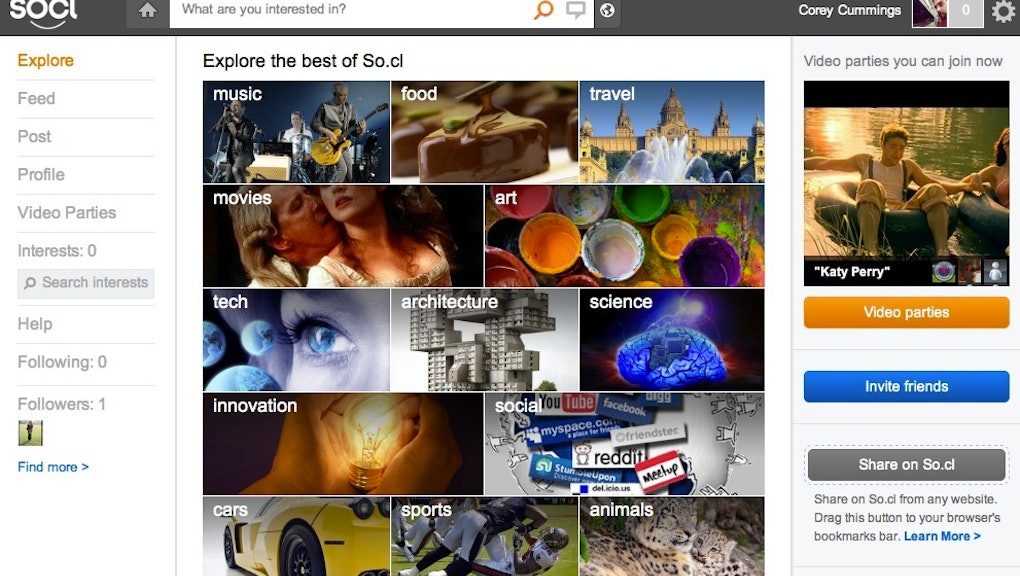 What is So.cl? Microsoft's New Social Network Takes On the Social Media Giants

While the world was captivated by Facebook, Twitter, Instagram, Tumblr, Pinterest, a new social network hit the internet in 2012. Microsoft's So.cl provides an outlet for users to creatively share their stories on the internet, but it's up for debate if the site has what it takes to challenge the social media giants of the internet.

So.cl is an “experimental research project” developed by Microsoft's FUSE Labs. So.cl focuses on expression and originality by allowing users to share personal experiences and stories with collages of pictures and videos. The project incorporates three other features — Video Party, Picotale, and BLINK — that encourage frequent communication and social interaction. Besides social networking, So.cl operates as a search engine by using Bing to search for data through public API (application programming interface).  This means users can find content So.cl considers relevant to their collages or entire profile; So.cl will also recommend interests or “collections.”  Microsoft asserts that So.cl is not a competitor in the social media industry, but a complementary website designed for users to express themselves and share their life stories. Although So.cl is a successful promoter of expression and originality, the site pales in comparison to other social networking sites in the popularity contest.

Facebook, Twitter, Instagram, Tumblr, Pinterest and LinkedIn are picking up users at an unprecedented rate. The number of users for So.cl remains unconfirmed, which implies that its fan base pales in comparison to the other social networking services.

So.cl is relatively new and garners little recognition in the social media industry. The bulk of So.cl users are from India; their numbers surpass So.cl's users in the United States. In addition to these two countries, So.cl has amassed users in Peru, Bangladesh, Pakistan, France, Mexico, Mauritius, Turkey and the United Kingdom. It appears the world is either unaware of So.cl, or it is eclipsed by the more popular social networking sites.

FUSE Labs has modified So.cl by redesigning the site's user interface and adding an imaging app (BLINK) and a meme generator (Picotale).  Attempting to increase So.cl's popularity, FUSE Labs also installed a meme generator that allows So.cl users to create phrases for a specific meme. This could attract more users to So.cl or have no effect at all, leaving So.cl’s future with a question mark.

The more popular social networking sites have established their place on the Internet as the reigning champions of social media. Since So.cl arrived in 2012, it is extremely difficult for the site to gain the quick, massive momentum its counterparts enjoyed. Microsoft has developed an innovative, useful site for people to share their experiences and interests, but So.cl needs considerable time to attain the amount of users that Facebook, Twitter, Instagram, LinkedIn or Tumblr have. However, one thing is certain: So.cl will more than likely surpass Myspace.