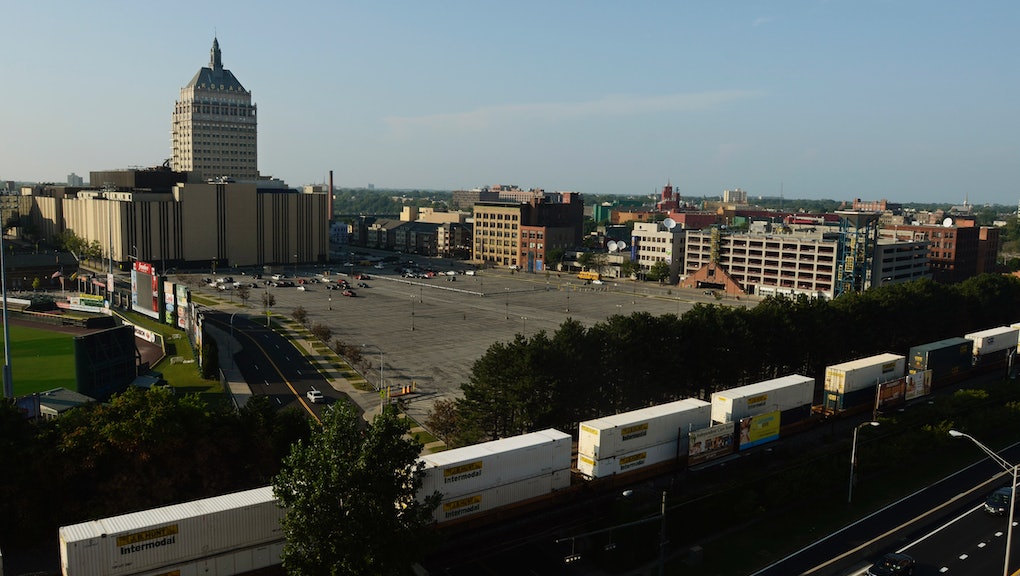 On September 3, 1958, wearing a panama hat, suit, and tie, Dr. Martin Luther King Jr. was heading to a courthouse in Alabama to attend a court arraignment of a professor and fellow activist. But instead, he was arrested. The charge? "Loitering," defined as "to linger or hang around in a public place or business where one has no particular or legal purpose." Police officers in Alabama apparently determined that King was at the courthouse, a "public place" for "no particular or legal purpose," for one reason or another.

For this "crime," King was jailed for 14 days. While we recognize now how absurd and racist this was during that era, loitering laws did not cease to use the vaguest terms to enable the police to arbitrarily arrest individuals. In New York City, the NYPD apprehended 20,000 people for loitering, primarily targeting the homeless and those suspected as gays looking for sex. In Chicago, a law was passed to use the charge against anybody thought by the police to be a gang member. Thankfully, the loitering laws in New York and Chicago have both been declared unconstitutional by the courts.

Nevertheless, the city of Rochester, NY has not learned from the past and their proposed "drug-free zones" are going to create loitering laws with great potential to be abused, in order to escalate the War on Drugs locally, a futile war that most of us know is lost. Under the legislation by City Councillor Adam McFadden, the police would use barriers or tape to enclose certain areas as such "zones" and within a zone officers would be granted broad powers to arrest individuals for loitering. The police chief of Rochester would be authorized to draw the boundaries of drug-free zones. A person would be charged a $300 fine for first offense loitering in a marked zone while if he or she is arrested the second time a jail sentence up to 30 days would be imposed. McFadden and supporters of his bill believe drug-free zones would stop drug dealing, because, well, drug dealers "hang out" on streets to sell drugs, so anyone who hangs out may be selling drugs and needs to be off the streets.

Pause for a bit and imagine armed and uniformed men putting up barricades around an urban area and arresting anyone inside who is seen standing there without purpose. It's unimaginable that in a free society like the U.S. an individual can receive any kind of punishment for simply being there, on a public road, a bit longer than usual, or, "being in the wrong place at the wrong time." There are many reasons why one would be seen "wandering around" on streets and I myself frequently meander in cities I have lived in slowly back and forth during study breaks, stressful times, and boredom. There should be no fear of arrest or prosecution for these innocent undertaking.

If McFadden's proposal is implemented, a constitutional challenge is certain.