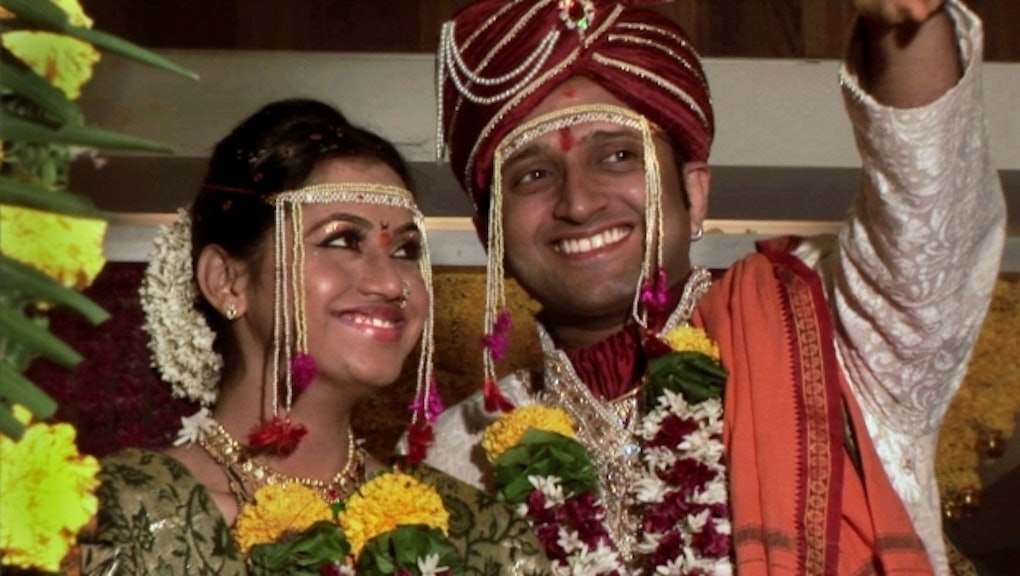 Everyone's Talking About Rape in India, But Getting it Terribly Wrong

The above crimes and more have been attributed to a supposed epidemic of sexual violence in India, and have been accompanied by media stories that portray Indian men as wildly savage and feral. The common narrative is that of the lower-middle-class or working-class Indian male migrant worker, who is divorced from family and social structure, fighting poverty, resting on alcohol and pornography, and exposed to sophisticated, chic urban women without warning. According to award-winning author Lavanya Sankaran, this is not the only story of the Indian male.

As an Indian American woman, I know this as fact. My father, uncles, and male cousins and friends are some of the most supportive Indian men I know. These men are not mentioned in the public sphere as often. Sankaran, in a Sunday New York Times article about "the Good Men of India," states that supportive Indian males are "so unsurprising, they rarely make the news." The Common Indian Man who Sankaran and I know are deeply intellectual, witty, and endearingly awkward. They care deeply for their families and are dutiful husbands, sons, brothers, cousins, uncles, and friends. Contrary to popular belief, the typical Indian male is not afraid of entering the domestic sphere. As Sankaran says, it is not rare to see a woman consulting her husband about saris and handbags in the store.

Still, there is much to criticize in Sankaran's article. Ironically, it stereotypes Indian men, going so far as to give them a name: the Common Indian Man. Sankaran constructs a deliberate, monolithic image of what it means to be an Indian man (read: middle class and married). If men are not the perpetrators, they are the social protectors of women, provided they are situated in the categories of father, brother, or husband. While this definition also makes sense, it does not recognize Indian men as "just" men. According to Sankaran, if we "take that [family/community] away from him... a possible result is a man unmoored, lost, adrift...a danger to himself and his world."

Another point of contention is that Sankaran inadvertently creates a dichotomy: urban, educated, and middle class versus a poor, abusive day laborer who is confused by the women of the city. This also brings in the contentious issue of caste, seeing that the latter is usually lower-caste and receives fewer educational and job opportunities that his upper-caste counterparts. Another dichotomy Sankaran creates is that between the predatory men of the streets and the caring male family members and friends. This ignores the reality of some women, who are victims of marital/date rape and domestic violence.

From a theoretical standpoint, South Asian men have been demonized ever since the onset of Western imperialism, their treatment being analogous to that of African American males in the United States. Indian men were not trusted to behave around white women, and were classified as "savage" and "barbaric." This was especially exemplified in Katherine Mayo's 1920 book Mother India, portraying India as a backwards nation where men "are still barbarian in their handling of their own women." Unfortunately, this work was America's primary point of access to 20th century India, and is responsible for disseminating a negative view of India to the Western hemisphere.

Sankaran is attempting to dismantle the dangerous image of Indian men, but she does so at the cost of generalizing them once more. She inadvertently marginalizes their individual experiences by doing so.

Of course, there are Indian men that beat their children and rape their wives. There are married men who solicit prostitutes and inflict mental torture on their families. But these men are not exclusive to India, and that should be the main takeaway.