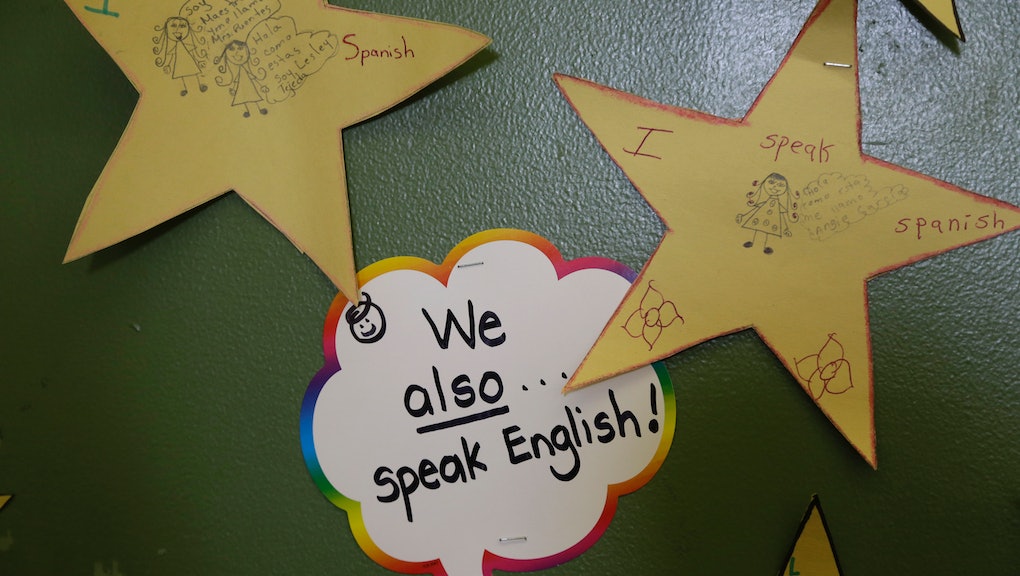 Speaking Spanish is Great, But Only If You're Not Latino

As an undocumented migrant, my father didn't speak Spanish to us growing up. In fact, he was obsessed with learning English quickly. He read newspapers every day hoping to catch up. Lucky for us, my mother wanted us to know Spanish so we could connect with our family in Mexico. Today, my ability to speak Spanish is much better than many first-generation Mexican-Americans, but I still have much to learn.

Honestly, my first language is Spanglish.

There are roughly 37 million Spanish speakers living in the United States, which makes Spanish our second-most common language. According to the Pew Research Center, the percentage of Latinos who speak Spanish will fall from 75% to 66% by 2020, even though the number of Spanish speakers will rise to a projected 40 million by 2020.

So fewer Latinos will speak Spanish, while more non-Latinos learn it. While immigration patterns push new arrivals to abandon Spanish for English, non-Latinos learn Spanish to get ahead in business, become advocates for Latino migrant communities, or be able to travel to Mexican rebel territories (or whatever).

The problem, for native Spanish speakers, is English-only pedagogy. Bilingual education varies in every state but, for the most part, it stipulates that students are only going to succeed is if they learn English. In fact, Latinos weren’t allowed to speak Spanish in public schools before the 1970s.

On the other hand, non-Latinos parents are teaching their children that the only way they are going to succeed is if they learn Spanish. As the number of non-Latino Spanish speakers rises, I can’t help but think it is the stereotype of what an American looks like that is causing the decline in Latino Spanish speakers. While we are busy trying to "look American" enough, non-Latinos are learning how to benefit from their privilege, as usual. They are joining Teach for America and accepting positions in nonprofits focused on empowering "low-income" people of color to get ourselves out of poverty and become successful.

It is important to support bilingual education programs that foster both non-English and English languages. It is important to teach our kids that it doesn’t matter which language they speak, because they can and will become amazing at whatever they decide to do. I am tired of my own "I am not Mexican enough" and "I am not American enough" sentiments. I'm tired of overcompensating for a white-nativist societal norm.

My father didn’t want us to learn Spanish because immigration police look for brown people who speak Spanish.

For people with white skin and blond hair, knowing Spanish just gets them into college.