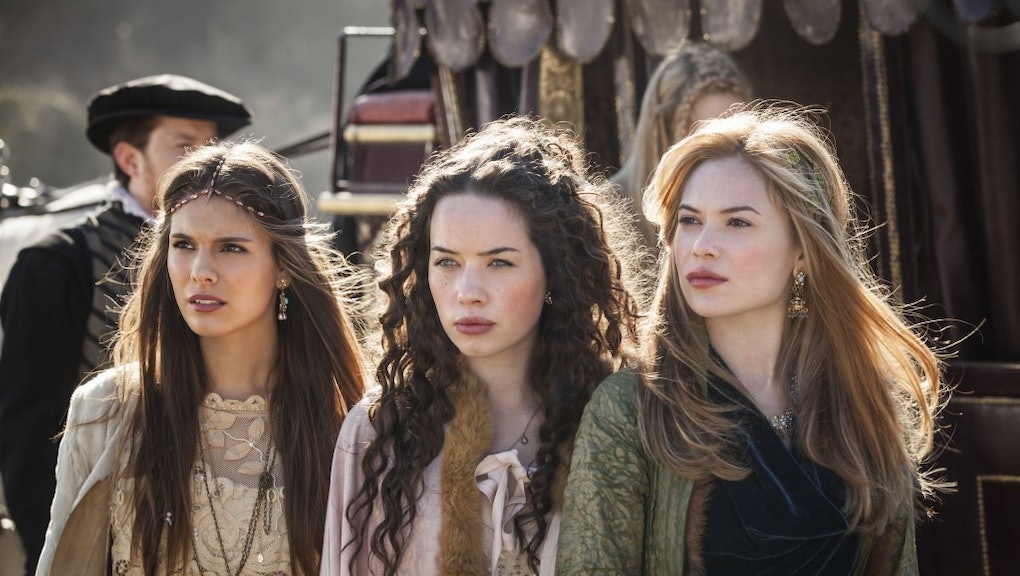 A teen drama about Mary Queen of Scots, the original pilot showed Mary and her four handmaidens witnessing a post-marital bedding scene. The aroused women then disperse across the castle, one of whom (Kenna, played by Caitlin Stasey) stops in an empty stairwell, reaches under her dress, and begins to pleasure herself. However, in the final version of the pilot the viewer only sees Kenna lifting up her skirts before her actions are cut short by the King of France, who interrupts with a "May I?" and takes over. As James Hibberd wrote in Entertainment Weekly, "The moment went from a clear 'I can't believe they're actually showing this' to 'Was she doing what I think she was doing?"

Mary herself is threatened by rape in the climax of the episode. A handmaid's boyfriend is coerced by the Queen to rape Mary (who fails to drink the wine that was supposed to make her pass out) so that she would be impure and unfit to marry her son. This elaborate plot results in a man entering Mary's room, climbing on her bed, and removing his pants before she wakes up screaming.

As James Poniewozik wrote on Time, "Maybe it says something about the nature of what really shocks people in a depiction of sex. In a self-pleasuring scene, after all, the focus is on the pleasure and not the display of flesh. It's graphic in a sensual rather than visual way, and that depiction of enjoyment — raw, primal, without attachment to a relationship — is, oddly, more shocking to people than two stylized bodies wrestling in a bed." It seems this holds true even when the "wrestling" is not consensual. Violence, be it in the form of a beheading or sexual assault, is more acceptable than woman's sexual independence.