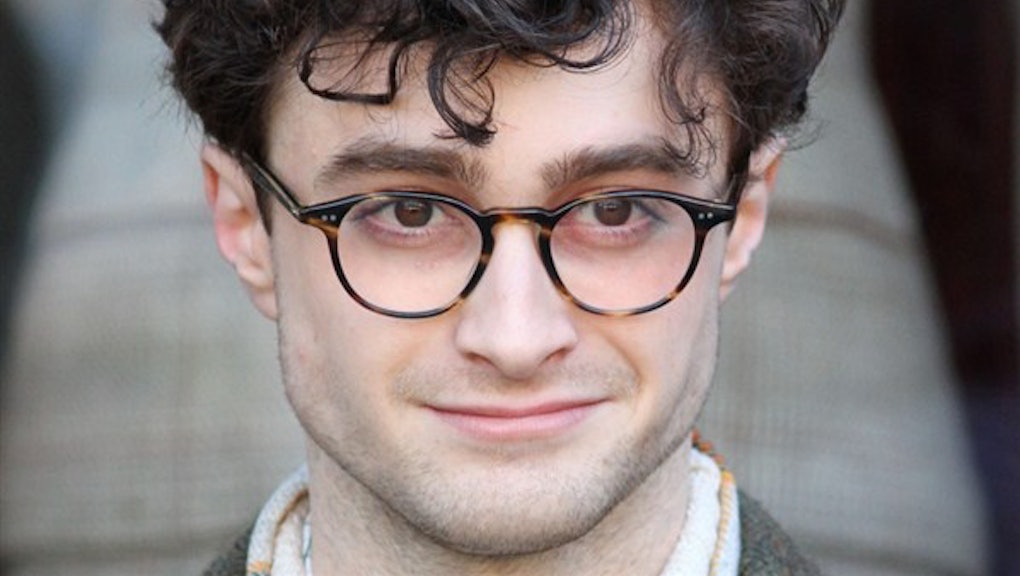 5 Ways the Beat Generation Were Hipsters Before It Was Cool

The term has been done to death in pop culture. The character is nearly ubiquitous, and it's been caricatured into a figure wearing skinny jeans, Ray Ban's, and a scarf. Is it an insult, a compliment, a mantra, a movement? No one really knows.

Let's boil it down. While the word itself has almost lost meaning, to be a "hipster" in the true sense is to be part of a counterculture — one of those who veers from the beaten path.

While the term actually originated in the 1940s, today's hipsters arguably have more in common with the Beat Generation movement of the 1950s and 1960s, which is having a bit of a resurgence in the Hollywood scene.

Kill Your Darlings also features Naked Lunch author William Burroughs, played by Ben Foster, and Jack Kerouac, portrayed by Jack Huston. Rolling Stone's Peter Travers called it "a dark beauty of a film that gets inside your head and stays there," commending Radcliffe's performance as his best yet.

There's a reason for this resurgence. While the contemporary hipster may be lost to view among his many incarnations, never fear. Counterculture is still alive and well, carrying on the defiance, creativity, and nonconformity that were hallmarks of the Beat Generation.

Here are five similarities between the Beatnik and hipster movements.

Going against social norms forms the basis of counterculture. Ginsberg stands as the poster boy of defying society — his publisher was accused of obscenity after Howl came out.

In the historic court ruling, the poem's famous famous line "I saw the best minds of my generation destroyed by madness, starving hysterical naked" was found to have "redeeming social importance."

While hipsters haven't made headlines for such a level of social defiance, they are still rule breakers by definition and intention, at least.

2. Contributing to culture by writing.

Hipsters can frequently be found in a corner of the local coffee shop or at home at their desks, tapping away at a laptop or scribbling in a notebook. They're also known for their love of typewriters, and, like all Millennials, they have taken advantage of the abundant modern outlets for expression in social media and blogging.

Classic writers made up the Beat Generation. Kerouac's On the Road became the defining work of the movement. Modern hipsters celebrate directors in much the same way — Wes Anderson, a filmmaker with screenwriting credits that include The Life Aquatic and The Royal Tenenbaums, has embodied much of hipster culture.

The Beatniks were pioneers who found new ways to express themselves, essentially creating their own culture. Hipsters embrace music and movies that fall outside the mainstream media scene, and they love discovering things themselves.

More recently, hipsters have diverged slightly from the Beats due to their penchant for vintage things that were once mainstream and have since been deemed archaic. The movement also brought back vintage trends and increased sales for LP records for the first time in two decades.

Contemporary hipsters are associated with urban centers like Williamsburg in Brooklyn or the Inner Mission in San Fancisco. They come to define their urban communities.

The Beat Generation started in New York, as well. Beat poetry flourished in New York and also grew on the West Coast, with San Francisco becoming the heart of the movement in the early 1950s.

5. Marching to the beat of their own drum.

Whether it's about choosing a wardrobe or breaking literary boundaries, this idea sums up both the Beatnik and the modern hipster. After all, what's more hipster than doing your own thing without caring what anyone else thinks?