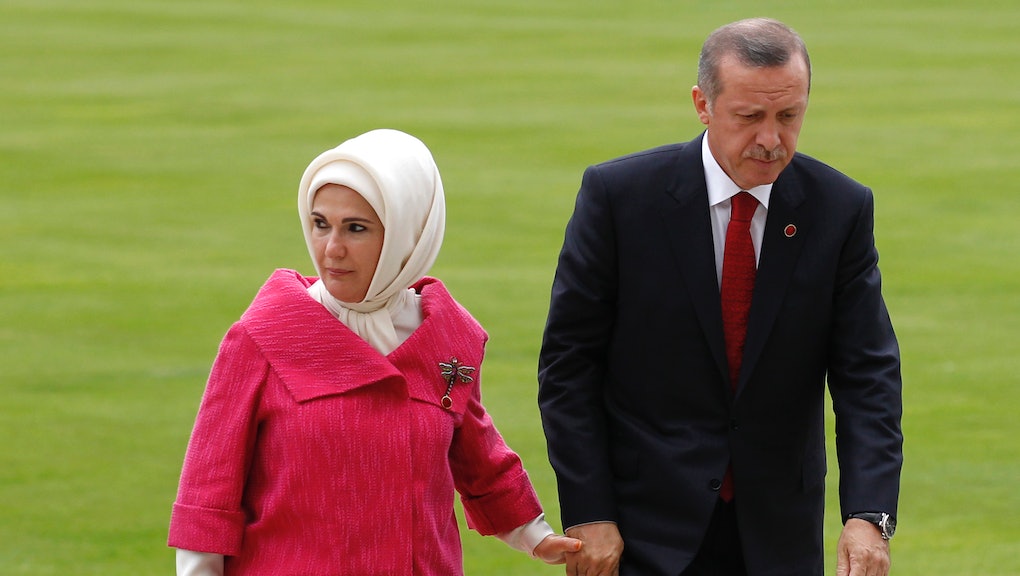 Turkey recently passed new constitutional amendments, including the removal of a headscarf ban for women in state institutions. This amendment, which is meant to further democracy in Turkey, has been welcomed by many, and has even drawn the praise of the EU — an institution Turkey has wanted to join for years. The Turkish public, however, seems to be divided on the decision. Not only has the law increased the ideological divide between secularists and religious conservatives, but another division has formed within Turkey's secular population. Secular proponents and opponents of the new amendment are now aligning themselves with “democratic” or “liberal” ideologies, accusing each other of elitism or supporting Islamism. In reality, the first group is naive and the second is paranoid.

Why has such a seemingly inclusive development become a controversial issue in Turkey? To understand this, we need to know two things: why such a ban was in place in Turkey — a 99.9% Muslim country — in the first place, and the perceived sociopolitical ideology of the ruling Justice and Development party (AKP).

The roots of the headscarf ban date back to the first days of Turkey as a republic. With a cabinet decree in 1925, the founder of modern Turkey, Ataturk, introduced various reforms in areas such as education and clothing. Ataturk and his followers saw these reforms as a social strategy to set the country on the path towards modernism, which they believed could only come with both a secular society and government. For a people whose shared-history had been so deeply influenced by Islam, such social engineering was necessary to achieve that secular society Ataturk dreamed of.

Ataturk's government didn’t, however, direct clothing reforms on women at the time. Rather, they hoped that as the society evolved, the headscarf would gradually grow out of fashion with Turkish women. Surely enough, for many, it did. But the evolution of the society Ataturk had hoped fell short, and the headscarf become an increasingly political symbol in Turkey, until in the 1980s it became officially banned from all government offices, universities, and hospitals.

The AKP represents a completely different movement that almost runs counter to Ataturk's efforts. The party members follow a religiously conservative worldview, and politically the party itself is seen as an updated version of the Islamist political parties of the past — most of which, if not all, have been banned and shut down for threatening Turkey's secular constitution. Prime Minister Recep Erdogan himself has been involved in three such parties.. The AKP, therefore, is viewed as a movement to force values based on Islamic principles on the society.

Now, there’s an important note here. The Turkish people who complain about the modern government are not necessarily worried the AKP will strike the word “secular” from the constitution and introduce Sharia law. Rather, they are worried AKP members will govern the country according to the guidelines of their conservative religious views— much like some members of the Republican Party here in the U.S. This means the AKP focuses much more on Islamic nations when it comes to foreign policy, while attempting to reshape Turkish civil society in accordance with its ideals. In other words, the AKP concerns itself mostly with the social re-engineering of Turkey, rather than a change in the system of governance .

The disagreement over the extent to which the AKP is believed to be attempting to reshape society is what feeds the ideological division within Turkey's secularists. While the secularist proponents of this new law believe the AKP is making the country more democratic by letting religious women participate equally in society, the secularist opponents of the law fear it is a preliminary attack on secular society. In a bigger picture, the democratic secularists believe the AKP is re-engineering Turkish society so that it accepts a variety of identities; the liberal secularists believe the AKP is re-engineering society to make it Islamist. Although both these groups want to live in a secular, democratic Turkey at the end of the day, their readings of the ruling party and its efforts are completely different.

The AKP members have taken actions and made statements that feed both of these viewpoints, giving enough reason for both sides to adhere to their assumptions. The reality is that the democratic secularists are highly optimistic and the liberal secularists are highly paranoid. The Turkish public shouldn't be blind to the Islamist ideology of the AKP; but they also shouldn't repeat the inflammatory rhetoric they attribute to the AKP. The democratic secularists need to recognize the potential threat the AKP poses to secular society. The liberal secularists, on the other hand, need to have more faith in Turkey's democratic process — an ongoing process, even after 90 years. They need to remember the evolution of Turkish society that Ataturk envisioned is by no means complete, and heavily dependent on true democracy. Turkey can only become secular in future generations if the society as a whole is freed from repression and given the opportunity to evolve.