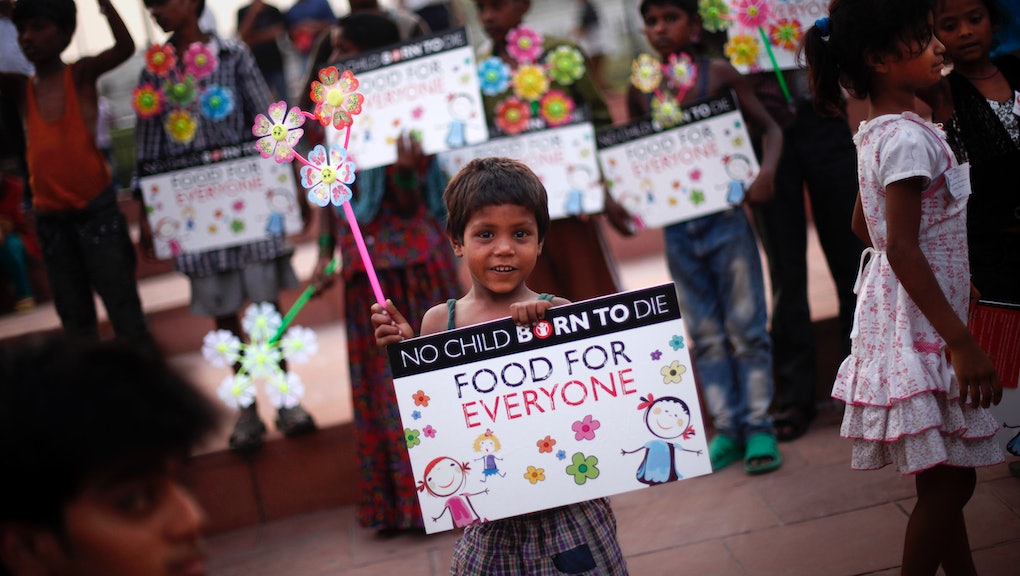 Following the announcement of India’s food security bill, I am perplexed not only by the bill itself, but by the government’s declaration that this will solve India’s hunger problem without having carried out any formal trials or testing.

They presented this bill as a simple solution to a big problem, but the truth is that the debate is not black and white, and will never be. The country ranks 65 out of 79 countries on the Global Hunger Index. The Indian government itself estimates that nearly half of India’s children are chronically malnourished. But while tackling hunger is laudable, a government declaring it will solve the problem of hunger for millions of Indians without any kind of trials or proof is not.

Before passing a historic bill that will provide food at subsidized prices to a large portion of the Indian population, did anyone think of using randomized controlled trials?

Randomized controlled trials are planned experiments to test the efficacy of an intervention. They are often seen in medicine to gather information on drug reactions. The Indian government could use this model and experiment with a few villages, slums, or a few states before opening this program to the entire Indian population.

While randomized trails, also referred to as randomized evaluations, are still rare in the field of development, in India and elsewhere, isn’t it ironic that we spend an enormous amount of money testing and developing medicines, but spend nothing at all before giving out billions to poor people? Is this because the poor aren’t “us,” the educated capitalists who will cause a ruckus if given bad medicines?

The bill also ignores corruption, and as critics have rightly pointed out, “The Food Security Act is totally silent on production, procurement, and farmers' livelihood and food rights.”

A randomized evaluation would have been the first step to see what works and what doesn't, and it's a glaring problem and cause for concern that the government didn't carry one out.