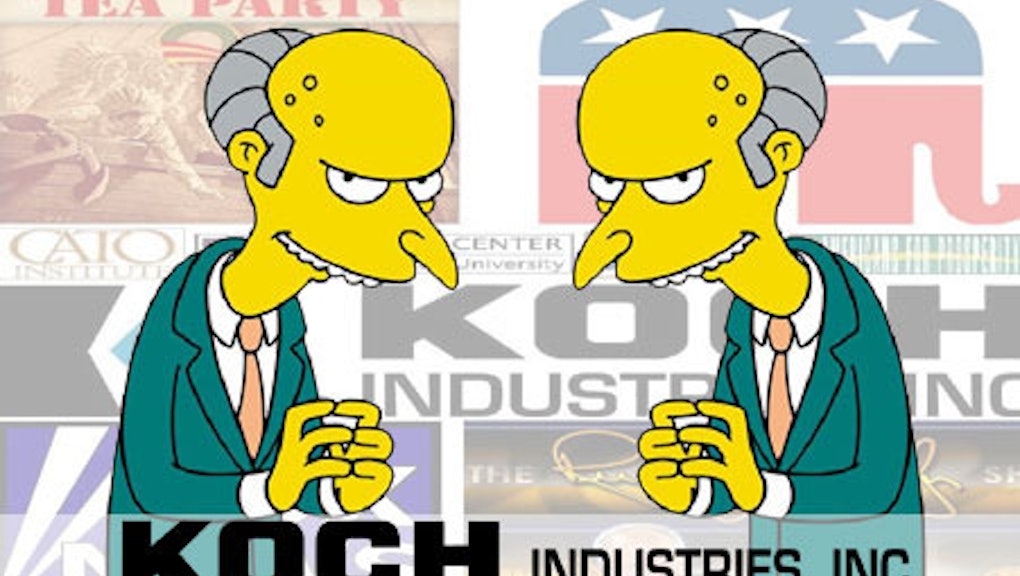 Actually, You Probably WILL Guess Who Stands to Make $100 Billion Off the Keystone XL Pipeline

The Koch brothers have long been known for their loyalty to big business and special interests, and today things are no different. The duo is positioned to earn $100 billion in profits for their next stunt, the Keystone XL Pipeline, if it is approved.

Surprised? Not at all.

Why would we be? The Kochs are the two majority owners of the second-largest privately held company in America, according to Forbes in 2011. These are the guys that not only managed to hold on to 84% of an almost 75-year-old multinational company, but one of the brothers has been quoted to say that they will issue public shares "literally over my dead body." They are serious about making money, and they're just as serious about keeping it all to themselves.

The Keystone Pipeline was designed to transport crude oil from Alberta, Canada to the "Gulf Coast" of Texas. Phases 1 and 2 have been completed as of February 2011, and the current discussions are over proposed Phases 3 and 4, which would expand the pipeline farther south and through some of the Midwest states.

The project is currently awaiting final approval by the State Department, which probably won't come until 2014. If approved, the pipeline would carry roughly 800,000 barrels of oil per day from Alberta to Texas. This poses some serious environmental concerns regarding issues like greenhouse gas emissions and higher risk of gas spills.

Although in the past, Koch Industries has made it a point to deny involvement with the Keystone Pipeline, it turns out they couldn't say no to the money. To date, the Koch brothers have donated roughly $50 million to think tanks and members of Congress who have pushed for the pipeline to be built, but don't feel bad if it doesn't work out. Koch Industries makes around $100 billion a year, so they'll probably be just fine.