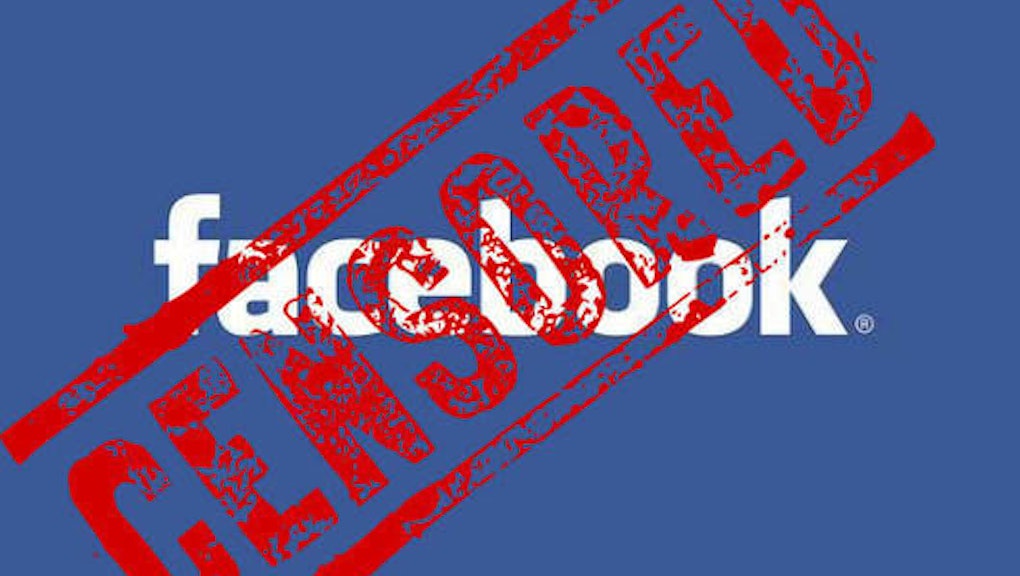 Big shout-out to Facebook, who thinks graphic violence is suitable for the social media site, but not the human body. The latest stir with the site’s restriction policies is the lifting of a ban on videos featuring human decapitations. While someone in corporate is probably making a case for transparency, it’s hard not to acknowledge that this site also restricts any pictures of a “fully exposed breast.” Here’s the deal, Facebook: You can’t be the bastion of social media transparency and then censor material based on your arbitrary moral code.

The ban on videos of decapitations was established in May, following complaints that any exposure to the videos, popularized by Islamic militants, could induce long-term psychological damage to viewers. Now that ban has been lifted with the caveat that the videos still cannot be posted for “sadistic pleasure.” So, if you post a beheading video with a comment about hating America, Facebook can take it down. Subtract the comment and the video stays up. It’s a huge loophole that allows for the content to exist on the site.

The real problem isn’t outside pressure or loopholes, though. The problem is that Facebook actively tries to ban other material, such as the female breast, based on ridiculous community standards. Under these standards, two examples of exceptions are given: “photos of a sculpture like Michelangelo's David or family photos of a child breastfeeding.” Masters and mothers are exempt, but everything else has to go.

There’s certainly a debate on what constitutes pornographic content, and what can be art or simply a celebration of the human body. What undermines this discussion is the transparency of some content and the blocking of others. If you believe that seeing decapitations is traumatizing, then you might also be inclined to say that nudity can also traumatize in some way as well. On the other side of the spectrum you might accept that decapitations are part of reality. Then you may be inclined to note that nudity is also part of reality too.

By lifting this ban and maintaining other restrictive policies, Facebook is doing something that it shouldn’t, and that’s prioritizing. Access to decapitations is prioritized over a view of the human body. I’m going to place a really solid bet here and say that most of us have encountered sex more than graphic violence. Yet, Facebook has prioritized access to these decapitations as news (which they are) over a discussion of sexuality. Who’s to say that’s not as important? If the philosophy behind having the decapitation videos is to allow viewers to access part of reality, then these rules should apply to sexuality as well.

Facebook needs to figure out where it wants to go as a social media site. It can be a policed site where the majority of content that offends the majority of the population is restricted. It can also be a mostly transparent site where only content that falls under criminal offenses can be blocked. The current divide in censorship isn’t working, though.