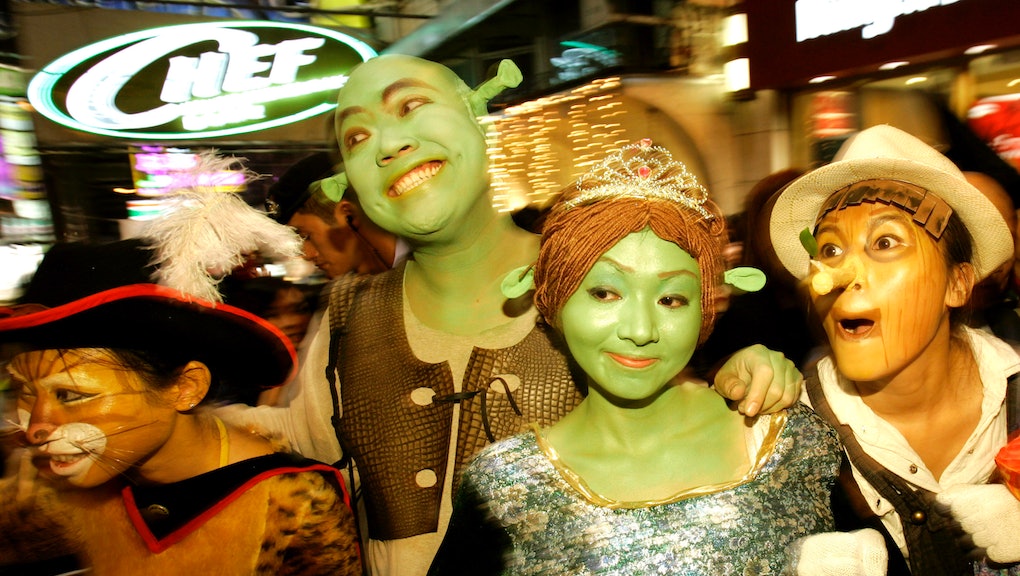 Where is Halloween Celebrated? It's Spreading, But With Troubling Implications

As communication, transportation technology, and increasing free trade continue to shrink our world, cultural interaction and exchange have also rapidly accelerated. Halloween is right around the corner and is a perfect example of the great shifts that local and national cultures are undergoing, with the holiday establishing itself in countries around the world such as France, China, and Indonesia. It is in this context that the pushback against globalization takes place, fueled over fears of cultural destruction. But as it turns out, the topic of globalization and culture is not as simple as the opponents of globalization make it out to be.

In 1997, Halloween came to France as a marketing ploy welcomed by companies looking for a means to make a profit during the downtime before Christmas, and by consumers looking for an excuse to have fun while the French economy struggled. Although Halloween’s origins lie in pagan festivals from old Britain and Ireland, and it thus had European roots, the holiday flourished most in America after being exported by Irish and British immigrants.Halloween didn’t take off in France and many other places until globalization and the power of advertising opened up new markets by pushing American holidays onto other societies. While a new phenomenon, it has largely been welcome. As a spokesperson for the French company Galeries Lafayette put it, “For us, Halloween is a real discovery, a wonderful marketing exploit.”

Halloween has also found its way to China. Writing in a blog from Shanghai, an American expatriate reflected that many Chinese have taken to dressing up in costumes and going to parties. However, the aspect of “trick-or-treating” and the centrality of the supernatural and scary haven’t taken hold in the same way. “While [Halloween] is not entirely new to the Shanghai area, [as] Westerners have lived in Shanghai for almost a century now, it is not widely understood by the Shanghai people… For many in Shanghai it is a time to wear costumes, go out to bars and clubs to have your costume judged and to drink and be merry.” Unlike in the United States, homes are not decorated as superstition and disinterest in understanding the full tradition of Halloween has made the holiday largely a vehicle for consumerism and partying rather than one that involves spooks or Western conceptions of what constitutes supernatural evil or horror.

Finally, Halloween as even spread to Indonesia, according to an article in the Jakarta Post that credits globalization with the spread of the holiday. According to the newspaper, Halloween “is celebrated in department stores, restaurants, cafes and even in schools and other educational institutions” and “both children and adults are invited to Halloween parties where costumes are worn, and the games, music and decorations are Halloween-themed.” As the holiday, along with its Western conceptions of horror — has spread, it has become mixed with local beliefs and legends such as that of the kuntilana, the wandering spirit of a woman who died in childbirth. The market forces of globalization have become mixed with advertising, local myths, and folklore dramatized in popular television shows in a complicated feedback loop.

This mixing has only fueled the debate over whether or not globalization is a positive development and what its implications for culture are. Some bemoan the erosion of elements of local culture and values as they are mixed with or replaced by Western ones. For instance, the author of the Jakarta Post article writes, “Observing a tradition should be an opportunity to re-interpret cultural archetypes in a critical and insightful manner.” The article goes on to argue that students and children should be taught the origins of cultural traditions and legends, whether domestic or imported, so that they can be critical thinkers and have the richest experience possible. This ideal is juxtaposed with the current situation, in which the history behind holidays and myths is forgotten and overridden by the powerful market forces which drive more generalized and marketable versions of holidays and myths.

While it is certainly easy and fashionable to talk about cultural destruction, there are three things that must be kept in mind. First, it must be remembered that cultures are not static and, by their very nature, change over time. It can be argued that anthropologists who try to document and preserve remote indigenous cultures have already begun to change them by their very presence. Second, if one really does believe that the acceleration of changes on local or national culture brought on by globalization are undesirable, the methods for counteracting those shifts should be carried out in a constructive manner. In other words, there’s a difference between encouraging students to understand the origins of various cultural traditions, or to work for a culturally-oriented nonprofit, versus imposing tariffs on certain foreign cultural goods, or restricting freedom of speech or expression. Finally, while the merits or detriments of globalization continue to be debated, the fact remains that you can travel around the world and be more likely to have others to celebrate Halloween with than ever before.