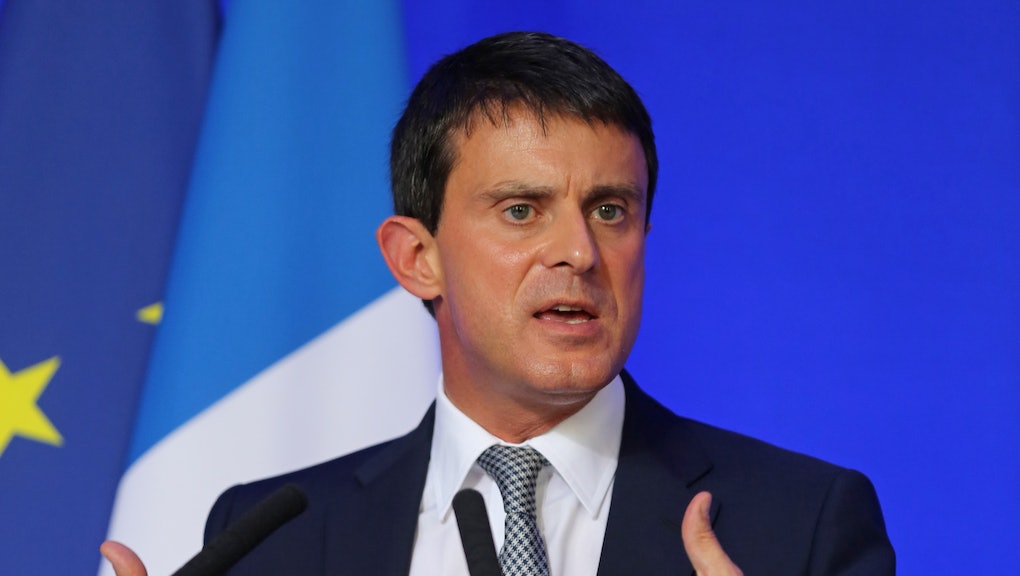 NSA Update: Spying on France is Weakening the United States

Another European Union country allied with the U.S. has entered the NSA spying scandal, with the french newspaper Le Monde reporting that 70 million phone calls made from French phone numbers (and likely an equally absurd number of text messages) were gathered in a single month between December 2012 and January 2013 by the NSA.

In a rapid reaction, french Interior Minister Manuel Valls said on Europe 1 television that "the revelations on Le Monde are shocking and demand adequate explanations from the American authorities in the coming hours." He also found the prospect of being spied upon by an allied nation "completely unacceptable."

In what is becoming a typically lackluster response, U.S. Ambassador to France Charles Rivkin offered no comment on the allegations and only said that French-U.S. ties are the "best they have been for a generation." According to an equally ambiguous, though more to the point, statement released by the White House, President Obama spoke with French President François Hollande and "made clear that the United States has begun to review the way that we gather intelligence, so that we properly balance the legitimate security concerns of our citizens and allies with the privacy concerns that all people share."

Obama has appointed a group of outside experts to review the intelligence gathering operations of the U.S. Though delayed by the government shutdown, a final report is due by the end of the year.

France is only the latest ally to become embroiled in the NSA scandal. The documents former NSA analyst Edward Snowden released to reporter Glen Greenwald (a co-author of the La Monde report) are trickling out at a deliberate pace, each bringing a new revelation and generally angering allied nations and their citizens. Greenwald plans to continue publishing more of the documents and revelations, despite believing he is being monitored and spied upon himself. He called the scope of the spy program in France "enormous," and suggested that revelations concerning spying in Africa may be forthcoming.

Germany has canceled a Cold War era intelligence agreement with the U.S. because of the NSA's surveillance of European countries. Leaders in Mexico were surprised to learn that their emails were being regularly monitored by the NSA, and Brazil's president canceled a visit to the U.S. after learning that his communications with aides were being monitored and that the NSA had hacked into the computer systems of Mexico's state-run oil company.

In this case though, the scope of the monitoring is so broad that everyday citizens are also being swept up in the NSA's vast net, as it employs multiple types of monitoring, including a program called "Upstream" that taps underwater communication cables. Right now, the kinds of data gathered is unclear — the AP reports some phone calls have been monitored and recorded, as opposed to just the gathering of metadata (such as what numbers a person called, and at what time).

One thing is clear though, the U.S. is losing its standing with its allies abroad, and the loss of this standing will have repercussions unless serious changes are made to the U.S. surveillance programs.