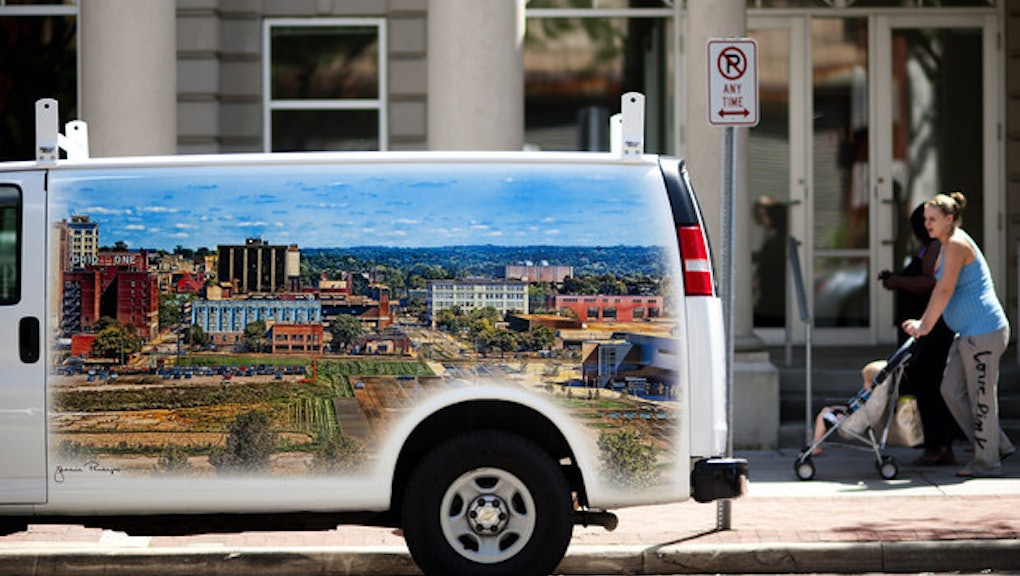 Magnetar Capital LLC, the infamous hedge fund that has been under SEC investigation for its role in the subprime mortgage crisis, is onto its new business venture, this time in a small Ohio town.

Magnetar has recently bought 1,900 rental properties in Huber Heights, a suburb of Dayton, and almost immediately applied for the largest cut to property tax assessment in the county’s history. The median existing home sale price in the Dayton Area was $106,450 in September, according to the Dayton Area Board of Realtors. Magnetar’s property manager, Daniel Bathon of Vinebrook Partners LLC, asked the county to reduce the assessed value of the purchased 1,218 residences from $98 million to $50 million, bringing the the average value of a unit from $80,460 to $41,000).

Such reduction in assessment values would reduce tax collections for the county by $1.39 million. Since 2009 the county has already reduced its staff by 30%, eliminating 226 government positions, including 100 teachers, and such a shortfall in tax revenues would drain the public services even further. The Huber Heights school district, for example, gets about half of its budget from property taxes.

Here it would be a good occasion to revisit the infamous Magnetar trade, which became emblematic of the ruthless strategy many hedge funds engaged in years before the 2008 collapse, just to give you an idea of what kind of business the little town in Ohio is dealing with.

If you don’t have time to click through the slides, which are pretty informative, here’s the quick distillation of the trade in just a few sentences: The toxic Collateralized Debt Obligations (CDOs) that you’ve been hearing about a lot for the last few years would not have been created if it wasn't for companies like Magnetar, for the simple reason that these CDOs were so risky that traditional banks didn’t think they could market them. Around 2005, Magnetar and other hedge funds, sensing a cool-down in the housing market and looking for a way to profit off of it on a big scale, approached a broker-dealer and said, “We’ll buy the riskiest piece of a CDO if you guys agree to create it.” The broker-dealer, smelling a nice fee, says, "Sure, knock yourself out."

They construct the CDO, Magnetar buys the thinnest, riskiest piece of it, and a beautiful but deadly trade is set in motion. Naturally, buying that risky piece wasn’t the endgame for Magnetar, it was just setting up a stage for a much bigger trade. The entire construct was designed so that Magnetar could short (make money on the value going down) the higher-rated pieces of the same deal, on a much larger scale. In essence, they paid a small price for a crappy deal to be created (and designed to fail), and bet on its failure that would yield them multiples of their initial investment. More than a trillion dollars' worth of CDOs was created between 2005 and 2007 to accommodate the hedge funds’ increasing demand to wage a ”world-is-coming-to-an-end” bet.

These kinds of innovative business minds are now behind the Ohio investment. Local residents and council members are understandably concerned. “Everyone is very concerned about being a thumbtack on a map somewhere in a big high-rise office building,” said Mark Campbell, a Huber Heights council member.

The official reason for seeking the tax cut that Magnetar offers to the public is community investment. “We’re going to improve the resident base for the town, which I think is a big asset to the community,” the property manager Daniel Bathon said. It’s not clear from the context what he means by “improving resident base,” but if he’s talking about home improvements of the existing housing base it won’t be much of an asset to a community if the local public services are stripped of funds. If he’s talking about bringing more wealthy residents, the same logic holds true: The wealthy are attracted to districts with good schools and public services, not just new carpets and granite countertops.

The value of the Magnetar investment will no doubt increase, but with the upside limited to the company's investors, not the local residents. The increase in Magnetar's property values will not translate into benefits for the community, which will see the stability of home values fluctuate if the new assessment is approved, but rather will translate into good quarterly investor returns. And even if Magnetar intends to spend those tax savings on home improvements, the upside of those housing improvements will, again, be captured by investors, not the town’s residents. What the town’s residents will get in return are higher rents and cuts to community services such as schools, firefighters, and police. Of course, this is just the normal course of business, from Magnetar’s perspective.

If it’s all about business, then, perhaps, Magnetar can halt its cheap displays of benevolence. A $25,000 donation by the property manager to staff one police officer at one of city’s schools would be a nice gesture if it weren't accompanied by the attempt to strip the very same community of $1.39 million. If Magnetar really wants to repair its image from times past and to demonstrate its goodwill to the local community, there’s a great and easy way to do it: Pay property taxes and stop extracting value at the expense of the locals.