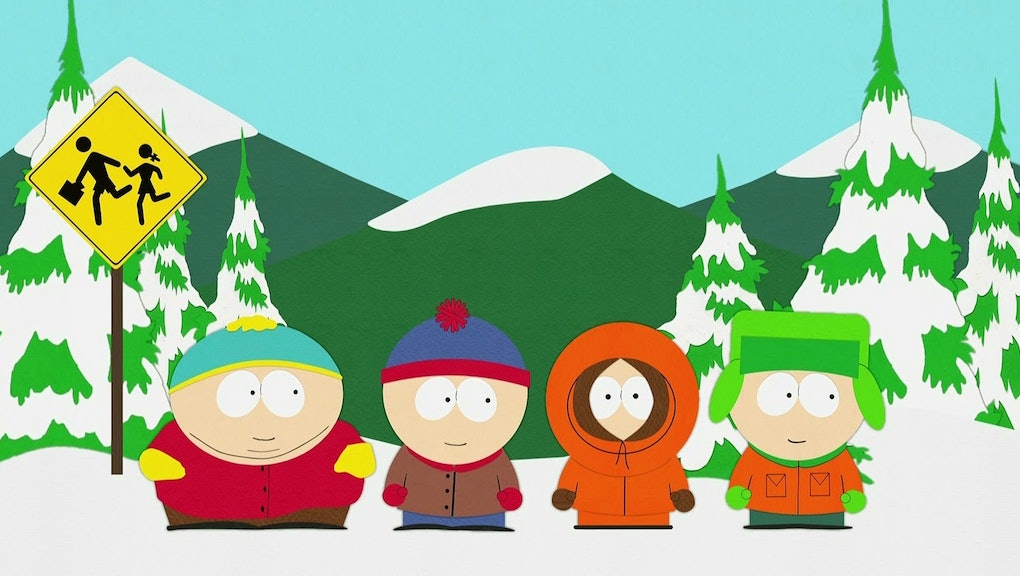 What 'South Park' Teaches Us About the Problems Of the U.S. Government

Looking at Congress’ recent approval numbers, you would think our representatives would be trying their best to win back the trust of a country that predominately hates their guts. Instead, it looks like they’re assuming you’ve already forgiven them. The Cyber Intelligence Sharing and Protection Act (CISPA) is coming back to the Senate floor, despite being killed already (twice before, in fact); it is a zombie bill that passed the House this summer and is now being championed by a bipartisan alliance of Senators Dianne Feinstein (D-Calif.) and Saxby Chambliss (R-Ga.).

Although the specific language of CISPA's latest Senate iteration is still unclear, we know it will involve shielding companies from lawsuits for sharing their customers’ personal information with the U.S. government. Despite the White House’s previous threat to veto CISPA and the recent public relations nightmare caused by Edward Snowden’s NSA whistleblowing, Senator Feinstein, a Democrat who chairs the Intelligence Committee, appears ready to move forward with it. CISPA violates Americans' digital rights, and our representatives think they can get away with it because we don't know any better. However, we can make a difference by becoming better informed.

Now that the national focus has shifted away from Washington following the government shutdown and the debt ceiling fight, our representatives have found the perfect time to slip CISPA past us, but we absolutely cannot allow it. Companies like Facebook, Google, Comcast, and Verizon have quietly lobbied in favor of the bill, possibly because they’re already being forced to turn over this kind of information to the government anyway, so they’d rather not get sued for doing so, if it’s all the same to you. But it shouldn’t be all the same to you.

Feinstein promises us that the bill will feature “tight limitation” and will only allow companies to share info that’s “related to identifying and protecting against cyber threats,” but according to a senior intelligence official, “Whatever trust was there is now gone [after the NSA controversy]... I mean, who would believe the N.S.A. when it insists it is blocking Chinese attacks but not using the same technology to read your e-mail?” “Believe” is an appropriate word to use here.

South Park’s recent parody of the NSA scandal, titled “Let Go, Let Gov,” identified one of the key problems the U.S. government has when it comes to representing the American people. In the episode, the naïve character Butters starts an Evangelical-style revival centered on the government as the modern omniscient God, complete with services at the DMV, confessions, and conversions. The cynical message is simple: the government promises us they have a plan; we may not fully understand it, but it’s supposedly all in our best interest, so we throw up our hands and trust them to keep us safe.

The average citizen doesn’t grasp the nuances of information privacy and cybersecurity, any more than the average citizen thoroughly reads new versions of iTunes' terms of service agreements. As the cultural theorist Slavoj Zizek tells us, “We find ourselves constantly in the position of having to decide about matters that will fundamentally affect our lives, but without a proper foundation in knowledge.” So instead, we leave these decisions to career politicians like Feinstein and hometown lawyers like Chambliss (or in the House, Intelligence Committee members like Michele Bachmann), who have… what qualifications in information technology, exactly?

Because modern society evolves faster than our individual ability to process it, we find ourselves lost in the face of increasingly complex problems that no single person can solve, and yet the few people asked to solve them (politicians) are in many respects no more qualified than we are. The main data they take into account are votes, not objective analysis, so our only real recourse is to threaten their jobs loudly enough to scare them off.

The internet community has fought back against CISPA before, and now it needs to do so again. Meanwhile, we all have to stop pretending the two-party federal government is a benevolent god, whose flawed decisions we’re forced to accept because we have no viable alternatives. We the people can answer important questions of governance by being more informed and actively involved in the entire political process, but only if we do more than get angry. Get smart.