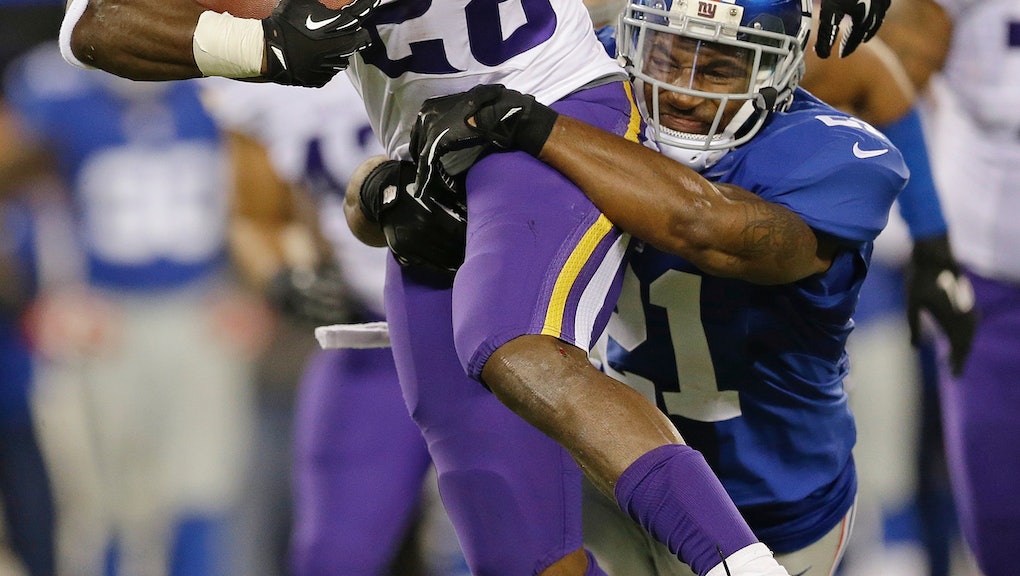 Just like most Americans, I love football. I follow my team religiously on Sundays (Go Raiders!), and can't get enough gridiron action. Lately I've found football interesting for other reasons too. In these times of economic turmoil, the NFL and professional sports in general serve as an interesting window into how the modern American economy works.

Karl Marx described society as an abstract representation of the underlying economic relations of a given era. The modes of production create what is called the "base." This includes the forces and relations of production: employer-employee work conditions, the technical division of labor, and property relations. From that base, the "superstructure" of society manifests itself. This includes institutions, political power structures, rituals, culture, and yes, even sports.

From a Marxist perspective, football fits perfectly as a cultural representation of capitalist America. Football is a sport with a high degree of division of labor, perhaps more than any other sport. Each position is highly specialized, and separated from other positions. Quarterbacks make throws and call plays, offensive lineman only block and most never even touch a football, kickers only kick the ball, and so forth.

The parallels don't stop there. From an economic standpoint the labor relations in the NFL reflect the realities faced by workers everywhere. The difference is that issues which are normally swept under a rug when they're brought up in a factory, or trivialized when they involve a public union, become newsworthy when they take place in the NFL.

The American labor force has gone through some tough times as of late, and the tensions between capital and labor have only increased. The Bureau of Labor Statistics announced that U.S. union membership in 2012 shrunk to its lowest level in a century. While American workers have been outsourced, laid off, or moved to part-time, football players also fought to obtain their fair share of profits.

Apart from the interesting points that can be made about the legacy of slavery and its affect on professional sports in America, Peterson was making a fairly simple point. The quote, however, was rarely shown in its proper context. What Peterson actually said was: " It's modern-day slavery, you know? People kind of laugh at that, but there are people working at regular jobs who get treated the same way, too."

Peterson is not implying that the players are slaves, but essentially that the owners act as though they own the players and are entitled to the profits of their labor, a point which many working-class people can relate to. Peterson's example applies to Lebron James' infamous decision to change teams from Cleveland to Miami. Though on its face it was a sports move, the fact remains that Lebron was basically making an economic choice about where he wanted to sell his labor, a right most people would like to have.

Cleveland owner Dan Gilbert blasted Lebron in an open letter, calling his decision a "shameful display of selfishness and betrayal" and a "shocking act of disloyalty." But even leaving aside the language Gilbert uses, which some people compared to that of a disgruntled slave master, his words are completely hypocritical in a world where players are cut or traded just as easily as Detroit auto workers are outsourced.

How much do owners really care about players? Recently the NFL agreed to a $765 million settlement in a suit brought by ex-players who accused the league of suppressing data in regards to player safety. Ex-players are left with debilitating injuries and a lifetime of pain once their career is over, something which Americans in mining, construction, and warehousing can relate to.

Basically these men sacrifice life and limb in order to generate billions in profits, and more than half of that profit goes to people who don't even step on the field. The situation is not unlike that of so many other Americans who work strenuous jobs, putting their lives on the line and receiving less and less in return.

While American capital has been thrashing labor for the past decade, the NFL owners were also getting their punches in. This piece in the Boston Globe breaks down just how decidedly the "owners obliterated the NFL Players Association...in the 2011 negotiations." You won't get this type of labor analysis about service workers or the auto industry in the mainstream American newspapers. Maybe we can get Adrian Peterson to talk about how real wages have been below their 1972 peak for 40 consecutive years.

Obviously professional athletes are not in the same boat as the average American worker when it comes to issues like income and media attention, and no one can deny the privilege their lifestyle affords them. The interesting point is the way that these labor issues, which we all face, are treated in this context.

Professional sports are a huge industry, and thus these issues between labor and capital can't be ignored the same way they are when it's about a worker making $30K a year. But that's what makes it so fascinating when a player from an impoverished and disadvantaged background is given a platform to voice his concerns.  It's almost as if you put a microphone in front of a factory worker and asked him what he thought of the cut his boss was getting.

Sports in America can tell us more about the underlying economic realities of our society than we would care to admit. While the parallels are not always exact, they do give me one more reason to root for the players on Sunday.