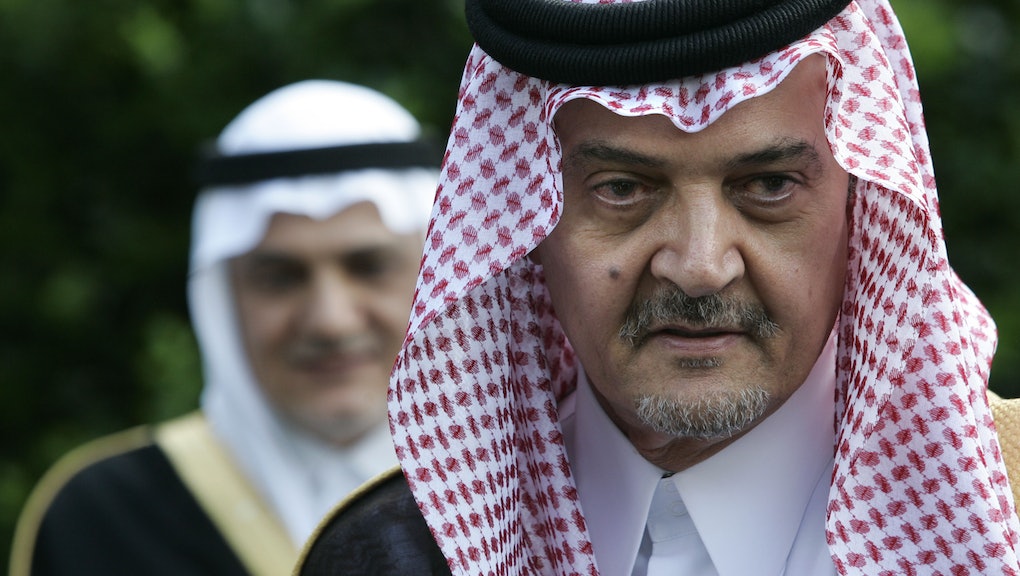 Why Did Saudi Arabia Reject a Security Council Seat? It's All About the Message

Saudi Arabia’s so-called "snub" of the UN Security Council (UNSC) seat is not just a defiant move against the multilateral body in question; it is also a direct geopolitical message from the Kingdom to nearby Iran and Syria, and far-away U.S.

Right off the bat, it is important to note that events preceding Saudi’s UNSC snub have laid the groundwork for the political move and for Saudi Arabia’s increasing disenchantment with the U.S. in particular.

America’s increased diplomatic engagement with Iran — a chief concern for Arab Gulf countries, failure to intervene in Syria’s internal conflict, lack of success quelling Hezbollah activities in the region, and perceived turning of a blind eye to Mubarak’s ouster in Egypt being among the more serious events impacting how Saudi Arabia, and other partners in the region, are viewing U.S. commitment to regional security.

Until the very public gesture of declining the UNSC seat, something Saudi Arabia has been campaigning for years to attain, many of these sentiments remained behind closed doors and between diplomats privy to such information.

To back up the leadership’s startling decision in Geneva, Saudi Intelligence Chief Prince Bandar bin Sultan told European diplomats on Tuesday that his country plans to "shift away" from close interaction with U.S. security and foreign policy officials, especially in matters dealing with Syria and Iran.

A Reuters source close to the talks said that bin Sultan pointed to recent U.S. failures to support the Kingdom in his discussions with European diplomats, notably the generation of new age diplomatic communication with Iran and failure to support Saudi’s intervention in Bahrain’s uprising.

Although it is not clear yet whether King Abdullah publicly supports Bandar’s public statements, they carry serious weight with the international community and highlight Saudi’s resurgent role as the geopolitical bedrock of the Arab world in the midst of political turmoil elsewhere.

By declining a seat at the closed door meetings in Geneva and supporting the gesture with diplomatic overtures, Saudi Arabia is also sending message of strength and independence from Western influence to the global community. It is a message that the Arab League, Organization for Islamic Cooperation, the country’s Gulf neighbors, Jordan, Turkey, and an ailing Egypt currently endorse, and are poised to continue to support.

Saudi Arabia and its allies in the Middle East North Africa region are working to boost security ties to fill what they perceive to be a widening gap left open by the U.S. observed to be shifting focus increasingly toward domestic issues and foreign policy engagement with other parts of the world.