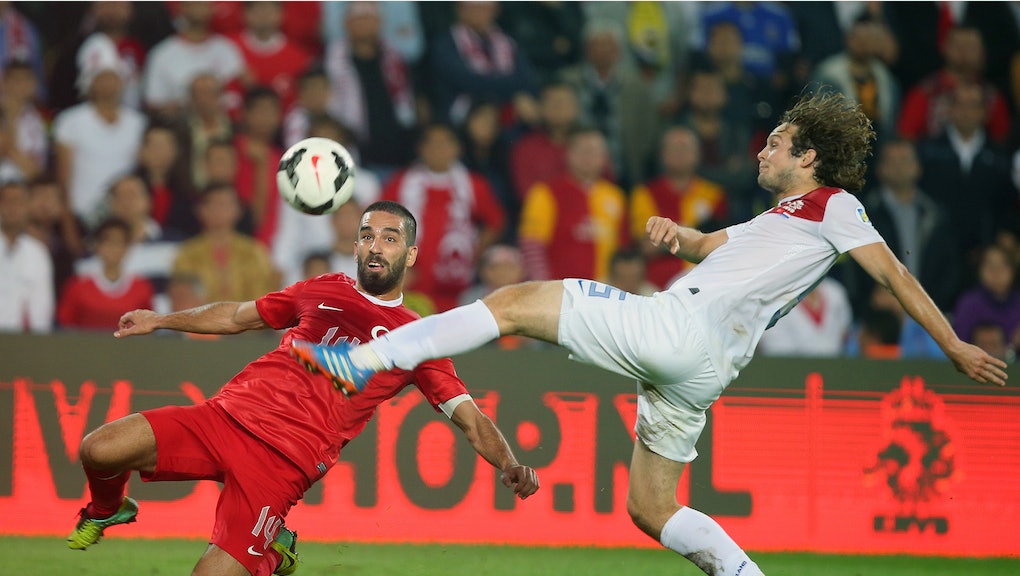 Qatar World Cup is Being Built Through Slave Labor, While FIFA Stays Silent

The World Cup is arguably the most notable and widely-viewed sporting event in the entire world. In 2022, hundreds of millions of people will fervently watch as their national teams square off in the Arab state of Qatar. What will not be broadcast worldwide are the egregious conditions that migrant laborers are forced to work under while completing the massive construction projects for the games — 1.2 million migrant workers have been enlisted to construct the venue and are doing so with little or no pay, in scorching heat, and in cramped and dirty living conditions.

An investigation revealed that laborers working on the infrastructure project for the world cup, a $45 billion venture, have claimed that they have been unfairly paid or not paid at all.  Other workers have claimed that their passports are constantly confiscated from them, preventing them from leaving the country voluntarily.

Some have attempted to shed light on these poor working conditions, but have been shut down by the Qatari government. German filmmaker Peter Giesel and his cameraman were recently detained after attempting to investigate and shed light upon the indentured servitude of the World Cup construction sites. The migrant laborers, mostly from Nepal, are employed under a system that requires them to find their own sponsor, which typically means an employer. This means that the employer essentially has complete control over the workers they employ. With control comes abuse, something that has become commonplace in preparation for the 2022 World Cup in Qatar.

The International Trade Union Confederation, a global organization that advocates for workers’ rights, has claimed that the current conditions threaten the lives of over 4,000 workers. The ITUC has called upon Qatar to improve working conditions and rights of the workers, but Qatar is not the only entity that needs to be held accountable.

The organization in charge of the World Cup, Fédération Internationale de Football Association (FIFA), has done virtually nothing to remedy the situation in Qatar. FIFA’s president, Sepp Blatter, said that FIFA has no direct influence over the issue. However, this is hard to believe given how dependent they are on the event; 87% of FIFA’s revenue in 2010 came from the World Cup in South Africa. Although FIFA has publicly expressed their disdain for the unfair labor conditions, empty words do nothing to remedy the situation.

FIFA’s notorious reputation for corruption certainly doesn’t bode well for those hoping that the football organization will take real steps to change the labor situation, especially if it means a loss in profits. Blatter has even explicitly stated that Qatar’s successful bid to host the 2022 world cup was part of “direct political influences” and has also confirmed that Spain-Portugal and Qatar colluded to trade votes for hosting the 2018 and 2022 finals.

If these poor working conditions are to stop, pressure first needs to be placed on the host country, Qatar. Qatar needs to start from the source by pressuring the employers for better treatment of workers. Drawing widespread attention to the labor issues could be the best way to get them resolved, and using a high-profile sporting event has proved fruitful in the past. In 2011, the Bahrain Grand Prix was cancelled because of pro-democracy protests for greater political freedom. The cancellation even drew support from drivers who were slated to race in the Grand Prix that year.

Qatar should take the 2011 Bahrain Grand Prix as a warning that inaction can lead to huge consequences.

Since Qatar does not seem likely to do this on their own, FIFA needs to exercise their influence on the event and encourage this to happen, and issuing an ultimatum if Qatar does not comply: a revote to revoke their host country status for 2022.

The idea of such an ultimatum has already surfaced during the controversy over political influences in the bidding process. The notion of a revote would place significant pressure on Qatar to change the way their laborers are being treated. Considering the near $100 billion investment in the World Cup, Qatar has a lot to lose from the prospect of a revote. If a revote were to happen, Qatar could be placed in the same boat as Bahrain in 2011.

Regardless of who takes action, one of these entities must. Unfair labor is unfortunately nothing new in the World Cup’s history, but the mounting pressure on FIFA and Qatar can act as a springboard to change this. The World Cup is an incredible event that truly has the ability to exemplify and showcase “the beautiful game.”

When players like Lionel Messi and Christiano Ronaldo first step foot on the pitch, it should be a pitch made from hard work, and not from the blood of the innocent.