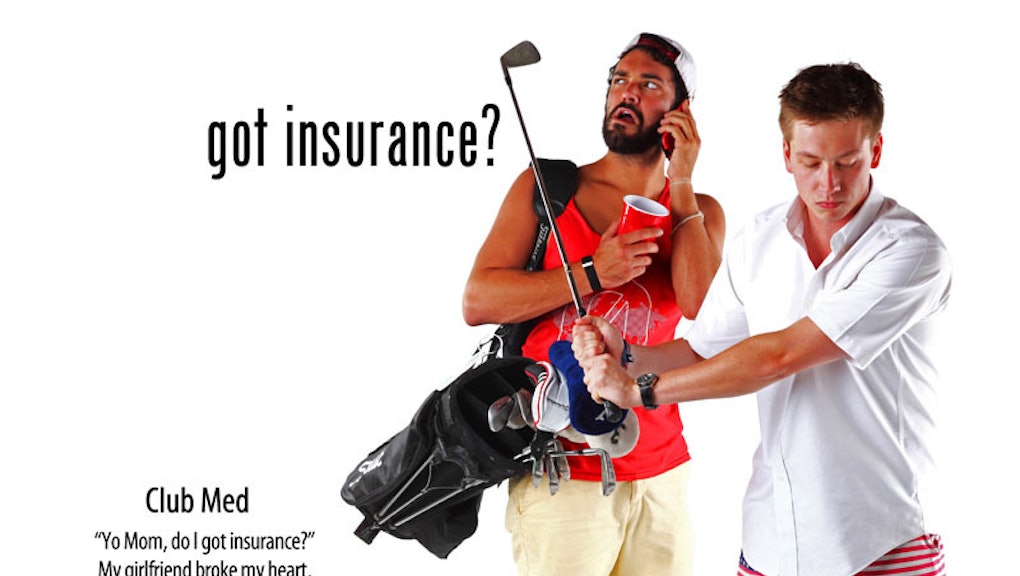 Colorado Bros Now At the Center of the Health Care Debate

On Tuesday, advocacy groups Colorado Consumer Health Initiative and ProgressNow Colorado launched an advertising campaign called Got Insurance? to let you know that Colorado's bros can, like, totally crush it when it comes to signing up for the Affordable Care Act (ACA).

One ad from the campaign, pictured above, points out that rather than spending your hard-earned paper on chargemaster fees, you and your brozillas could totally be buying kegs and doing crazy keg stands, instead. Baller, right brah? You could also totally buy some sweet dank with all that cash you're saving, because apparently, O-bummer-care won't cover your Rocky Mountain high.

The important takeaway here is that Connect for Health Colorado, the state's insurance exchange, is, like, totally open for business, despite continuing glitches. And they don't want to make, like, a huge thing out of it, but the state is kind of depending on young Broseidons and Broseph Stalins buying into the new health care system. Which is not to say that the ACA wouldn't, like, totally have your back, brofessional, if you busted your ass shooting rapids, or trying to land a sweet 360 on the Freeway Superpipe at Breckenridge.

In the words of one of the ads, "My girlfriend broke my heart, so me and the bros went golfing. Then my buddy broke my head. Good thing Mom made sure I got insurance." After all, you know: YOLO.