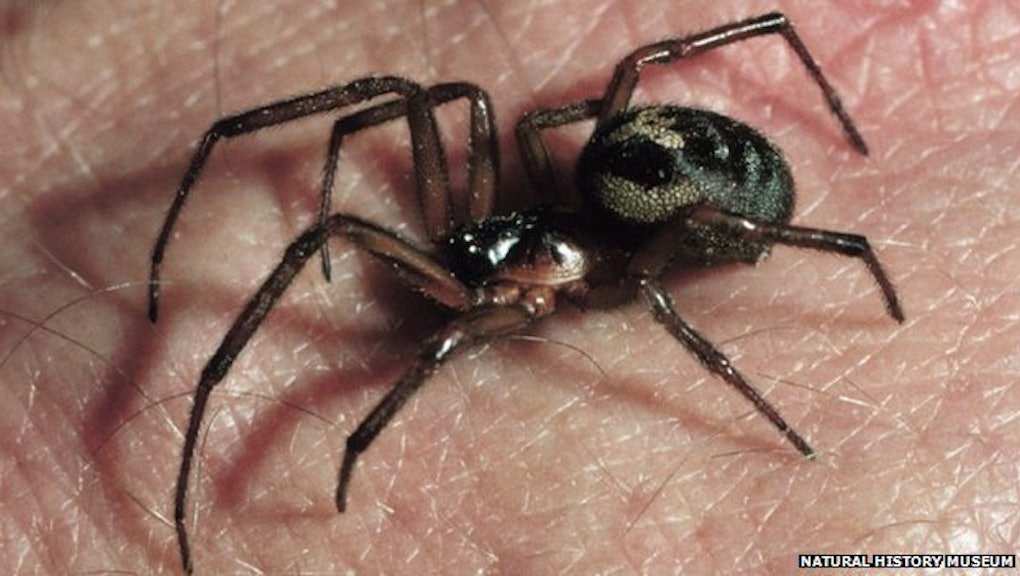 In a story stolen from Ron Weasley's nightmares, a small academy in England has been forced to close Wednesday due to an infestation of poisonous spiders. The Dean Academy in the forest of Dean is dealing with a school-wide outbreak of the deadly false widow spider. When the horrifying discovery was made, administrators at the school believed the spiders were contained in one area. But further searching revealed that the venomous arachnids had built their webs throughout the school.

Vice Principle Chris Burns wrote a letter to parents to inform them of the school's creepy-crawlie "issue" with the venomous spiders, attempting to reassure worried parents that the school is being fumigated to kill the unwanted intruders. This probably does little to eliminate the hysterical feeling being covered in spiders.

The small black and brown false widow spider is the lesser-known cousin of the deadly black widow spider. In addition to making your skin crawl, false widows are the most poisonous spiders in the United Kingdom and their venom is extremely dangerous. Depending on the amount of venom injected, a false widow spider bite can cause severe swelling (really gross pictures), heart palpitations and death due to anaphylactic shock.

In recent years, false widow spider sightings have risen in the United Kingdom. Experts believe climate change is at fault for the increase in their population. Warmer temperatures are encouraging the spiders to spread across the country and inhabit new areas. That's right, global warming is making spiders multiply.

No bites or injuries have yet been reported at The Dean Academy, though the infestation has certainly given everyone the creeps.  The school is scheduled to resume its normal schedule on Thursday. With any luck, the academy can put this eight-legged terror behind them.