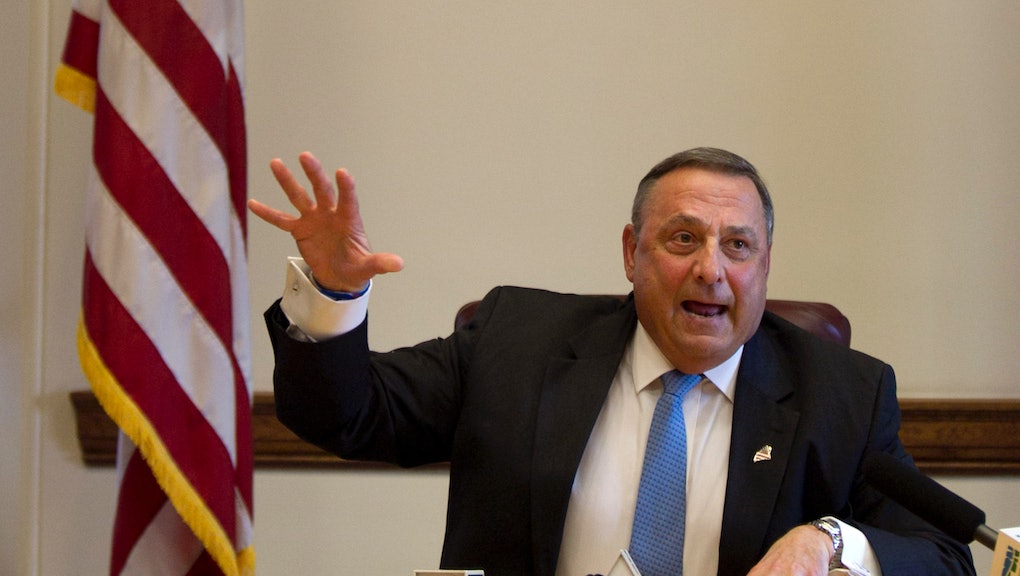 Paul LePage Knows Nothing About the 47%

The majority of the time it's entertaining to watch the Republican Party fail pathetically in their attempts to gain female voters or run the government. We laugh to keep from crying. But Republicans have pushed one of their talking points too far. They need to stop calling Americans lazy and entitled.

Republican Gov. Paul LePage of Maine has inexplicably taken a page out of Mitt Romney's handbook by asserting that "47% of able-bodied people in the state of Maine don't work."

The statement is both entirely false and politically ill-advised. Approximately 65% of able-bodied Maine residents work, and many of the rest are "retirees, homemakers, students, and the disabled." (Hint: don't take campaign strategy from the loser.) But more importantly, it represents the enormous Republican problem of complete ignorance of what day-to-day reality really is for most Americans.

Today's Americans study hard and work hard. Yet Republicans cling to an insane fantasy of the 47% of Americans who demand hand-outs and socialism. The ridiculous notion that non-Republicans don't believe in hard work is incorrect and extraordinarily offensive. Republicans have to ditch elitist folk-tales that dismiss average Americans, because it's really not funny anymore.