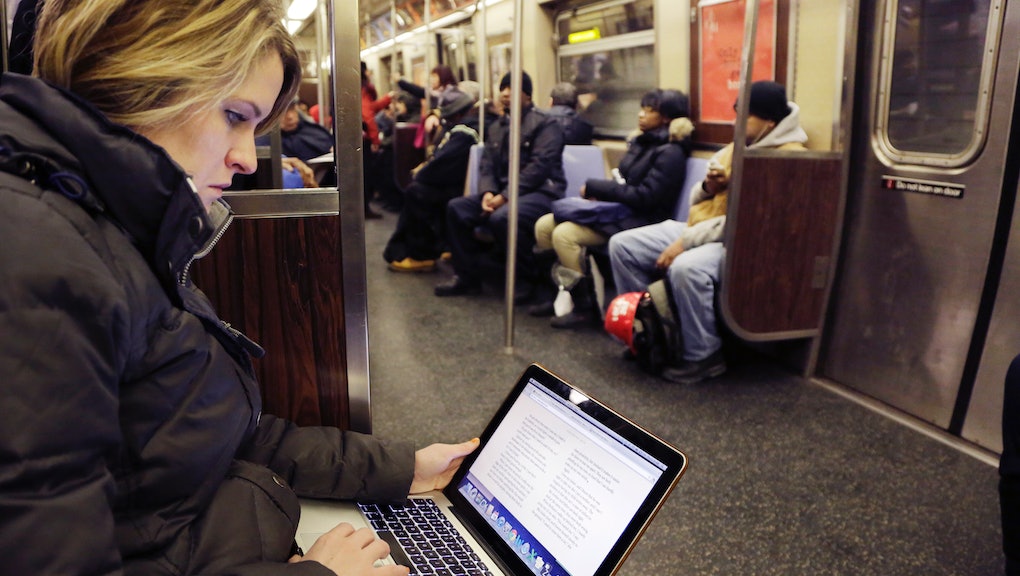 Why Righteous Snark Works For 'Jezebel'

Before Upworthy set out to remind us what matters by unearthing antiquated YouTube videos, before the founder of a sports website began his quest to create a site that "puts world news and politics alongside beauty tips," before I even began my career as internet feminist (or graduated high school), way back in 2007, there was Jezebel.

Jezebel brought the voice of what we now know as the "lady internet" — smart, savvy, and sassy as hell, just like Gawker — to Nick Denton and his burgeoning media empire. Under the leadership of Anna Holmes, the site and its readership grew quickly, to the point where it now brings in 32 million monthly pageviews, according to Mother Jones. This week, with the release of The Book of Jezebel, the site graduates from the backlit screen of your laptop to a bookstore near you. At Jezebel, Holmes and the other editors of the book call it "Witty! Unruly! Evidence Of a Serious Cultural Problem!"

Some critics, though, see in the new Book of Jezebel evidence for the site's own cultural problems. Jezebel has been called out by bloggers like Gene Demby of PostBourgie for writing pieces that unjustly attack and shame rather than engage and inform, and for writing content deemed to be exploitative, a critique that echoes through the responses the book has received so far.

"Jezebel may sometimes be mean, petty, biased, and irresponsible," writes Annalisa Quinn for NPR, "but it is utterly necessary." At the American Prospect, Clare Malone notes, "If the modern feminist blogosphere, Jezebel included, has a flaw, it is a classic one —hubris. The snarky house voice that made the internet sit up and pay attention is a double-edged sword. It can be flip and dismissive of certain views." A controversial piece that Molly Fischer wrote for n+1 last year claims: "After showing a brief willingness to challenge and sometimes even to surprise, Jezebel retreated into platitudes and predictable self-righteousness."

I, an angry, sarcastic woman, understand these critiques. I also understand the value of women freely expressing their snarky rage over the various injustices of contemporary womanhood, especially when other outlets chalk that anger up to daddy issues. (My father's a feminist too, thanks.)

As Megan Carpentier, an early contributor at Jezebel and a contributor to The Book of Jezebel, wrote me in an email, "I have a lot of trouble with 'mean' or 'angry' being a critique of women or women's writing because it ties rather conveniently to the ongoing idea that women being critical or expressing certain ranges of emotions is inappropriate or scary. Mean can also be funny, anger can be righteous, anger can be played for laughs, meanness can make a righteous point."

She's entirely correct. The problem, then, may not be that Jezebel is too mean or too angry, but that its readers may be growing tired of the kind of attitude that all of Nick Denton's sites express — "the truth, however uncomfortable."

Here's an uncomfortable truth: Even (perhaps especially) avowedly liberal media moguls see righteous ire over serious injustices as fodder for clicks and know that most people never read past the headline of a story before sharing it.

Call it the enraged economy. (Or, as former Gawker employee Emily Gould put it, "outrage world.")

Every day, when I open my aging laptop (a Sony Vaio! horrors!), my Facebook and Twitter feeds are filled with headlines and stories geared to elicit an emotional response from me. Sites like Gawker, BuzzFeed, HuffPo, and Upworthy freely admit that what they want is for "shrill progressives" like me to react strongly to their content — to share our reactions with the world via social media, our clicks and shares propelling the latest viral success story.

Whatever the informational value of the content may be, their primary business value is often page views; as writer Tressie McMillan Cottom put it around the time of the Gabby Douglas hair debacle (documented by Jezebel and others), "Page views rule everything around me." Jezebel's approach to page views specifically has been critiqued before. Page views are the reason I can take my pick of headline for the same piece of content. Do I want "Watch This Cute Little Girl's Hilarious Tap Dance Routine", "Girl Adorably Makes Up Own Tap Dance to 'Broadway Baby'", or "Little Girl's Made Up Tap Routine is Sooooo Much Better Than The Planned One"?

In the course of a day, I scan so many similar headlines that they no longer register as individual arguments. Worse, I don't just scan them — oftentimes, I write them. And I hate myself a little every time I do it.

Faced with so much virality, editors at sites like mine tend to argue that it's better that people click on a sensationalized Upworthy headline above a useful and informative chart than a cat video, that ubiquitious internet foil. I also know enough to know that writers often don't write their headlines. (Remember the whole back-and-forth between Anne-Marie Slaughter and the Atlantic over "Why Women Still Can't Have It All"?) I understand that embracing your house style, even if your house style approaches hyperbole, is crucial for your audience. And as an editor, I fully understand that you want people to read your content. That's why you had someone write it.

It's a tricky balance, though, and one I consistently struggle with. Where should sites like Jezebel draw the line between writing the kinds of take-no-lip-and-give-plenty-back stories that put them on the map and risking offense, particularly when what they aim to do is subvert expectations of "polite" behavior for women? How can you write a headline that gets readers interested without pandering, polemicizing, or provoking?

As Carpentier noted, "To a degree that it's turning off the target audience, one could argue that the tone might be falling more flat than it used to, or that it needs to evolve to whatever the current Internet Zeitgeist is or will be, but a critique of ladies being too 'angry' or too 'earnest' rubs me a bit the wrong way, as though women should be placid and less direct in order to accomplish stuff."

Jezebel is far from alone in writing over-the-top headlines, and they're farther still from being the worst offender. (Read the Daily Mail lately?) To my knowledge, no one has yet developed a code of ethics for click bait. In the end, even if the site's track record is far from perfect, the anger against injustice that Jezebel showcases is real. It's real because the problems writers tackle are real. And over the years, the site has produced some real and meaningful critique, as The Book of Jezebel shows.

So let's be real with ourselves, too. Over-the-top headlines will get eyes on the page, but that's about all they guarantee.