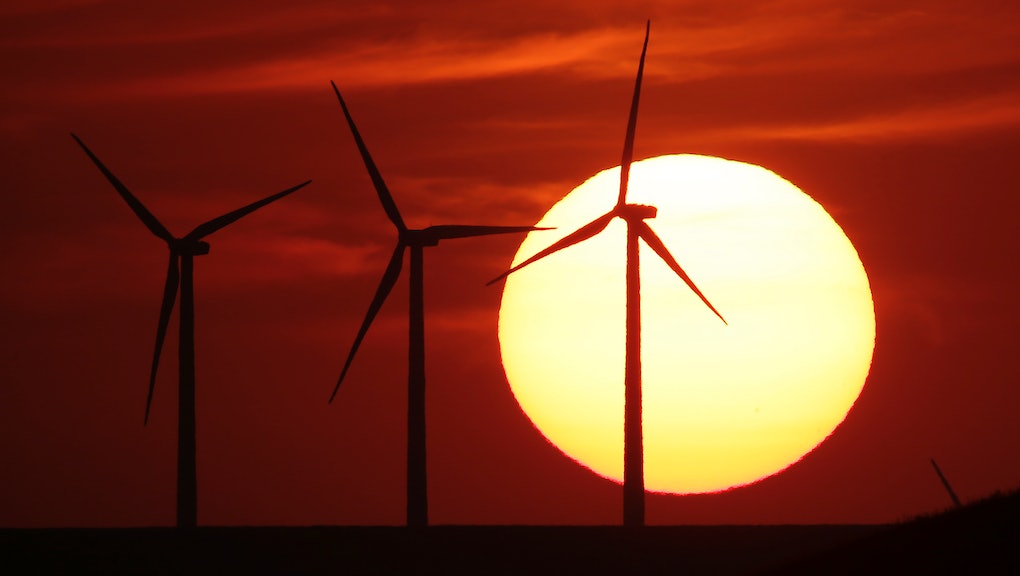 Clean Energy Policies Won't Save the Environment, But They Might Hurt It

Steven Cohen, the executive director of Columbia University's Earth Institute, once wrote in the Huffington Post about what he believed should be the president's most important goal: "The center of [the president's] mission should be a single great national project: the development and implementation of low-cost, renewable energy."

President Obama has been clear on that point as well. In his 2009 State of the Union address the president said he wanted to "make clean energy the profitable kind of energy in America."

But to make something profitable that would not be otherwise, the money must come from somewhere. Subsidies for clean energy sources create higher energy prices and higher taxes. Both consequences have very real effects on poor people.

In fact, the government subsidies for renewable energy may even make the industry less profitable and less beneficial for the environment. "Government subsidies to new wind farms have only made the industry less focused on reducing costs. In turn, the industry produces a product that isn't as efficient or cheap as it might be if we focused less on working the political system and more on research and development," Patrick Jenevein, the CEO of a green-energy firm, wrote in the Wall Street Journal in April.

When words like "clean energy" are used, it seems as if objective evaluation and critical thinking fall by the wayside. In the same 2009 State of the Union address Obama claimed, "We invented solar technology, but we've fallen behind countries like Germany and Japan in producing it."

But those countries are disastrous models for energy policy. In Japan, generators of renewable energy are paid almost four times the consumer average in the United States, National Geographic reports.

Spiegel Online reported last month that German consumers are paying twice as much for electricity as they did in 2000. Two-thirds of the price increase is due to the more than 4,000 government energy subsidies the country has implemented.

Even worse, the policies aren't saving the environment. Because of inconsistent wind and the inherent inefficiencies of renewable energy sources, Spiegel reports that Germany ended up releasing more CO2 into the atmosphere in 2012 than in 2011.

German citizens are forced to pay the highest electricity prices in Europe to make the environment worse, and this is the President's idea of a model country?

In President Obama's Executive Order 13514, he defines sustainability as the "conditions, under which humans and nature can exist in productive harmony, that permit fulfilling the social, economic, and other requirements of present and future generations."

We can have productive harmony without needlessly driving up costs and hurting poor families. We can fulfill our social and economic requirements without raising taxes to subsidize politically-connected, inefficient, and financially questionable "clean energy" industries.

This story was originally published at Communities at WashingtonTimes.com