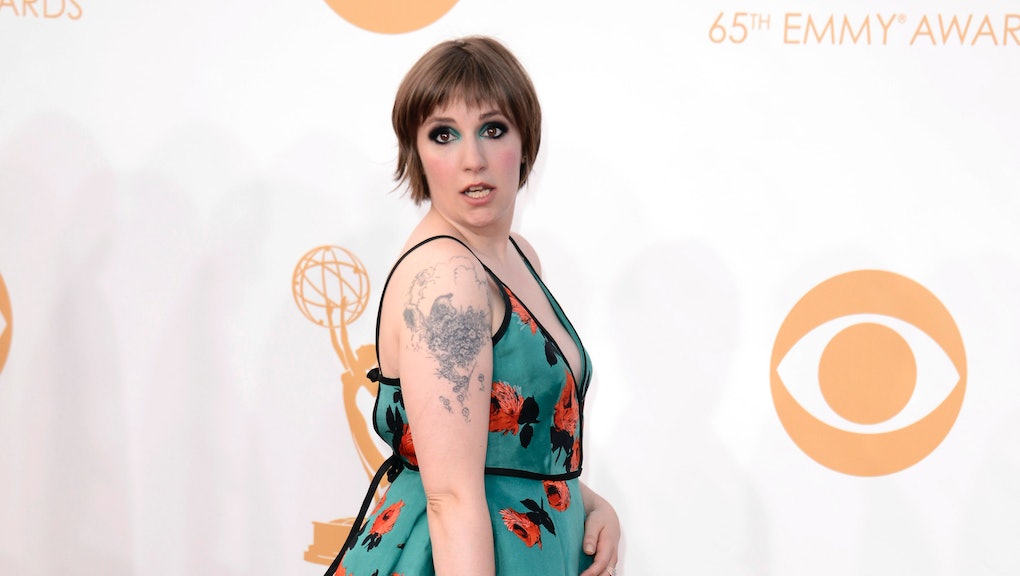 Misguided and strange as it sounds, I was in my 20s before I realized dieting wouldn’t modify the shape of my bones.

Like so many other women, I starved myself as a teen. I thought I would lose weight (which happened), and shrink my hips (which didn’t). Funny story: You can’t diet away a skeleton. It just doesn’t work.

When I read a piece in New York magazine about Anna Wintour "courting" Lena Dunham for the cover of Vogue, a familiar feeling rose in my chest. Magazine editors have made a concerted effort over the past few years to include "normal" people in their pages. Glamour made a point of displaying plus-sized model Lizzi Miller in 2009 and then wrote a story about it, and Seventeen shows multiple body types but labels the heavier ones "curvy" and gives advice like, "The nipped-in waist shows your smallest point, and the soft flare glides over hips."

Are you raising your eyebrows? The "overweight" bodies or "normal" bodies in these magazines are few and far between and, when they do appear, their deviation from the norm is highlighted. It feels like the fashion world wants us to stop complaining about the use of just one body type and applaud inclusion. Though there might be slightly more variety in models’ shapes, the message to women readers is still the same: "You’re not perfect, but you should be. You need to change."

Now, I look back in disbelief at my teenage self. Why on earth would I think dieting would bend the physical laws of the universe? I was obviously irrational: I held my strange beliefs through multiple science classes, including biology, and into my first year of college.

But placed in the context of fashion magazines, my strange ideas make sense. In the midst of praising "deviant" body types, these magazines encourage those same women to cover up their supposed flaws, to diminish hips, lengthen legs, and enhance their bust. They highlight stories of extreme weight loss and dress heavier models in body-swamping clothes. Essentially, they promise that the impossible can, and should, be achieved.

If Vogue includes Dunham on its cover, it won’t be because of any real progress. These magazines don't deserve praise for showing "real" women until they treat every woman who appears in their pages, every person who appears within, as real. Maybe if we saw more "normal" bodies actually treated as normal, normal would be in season once and for all.