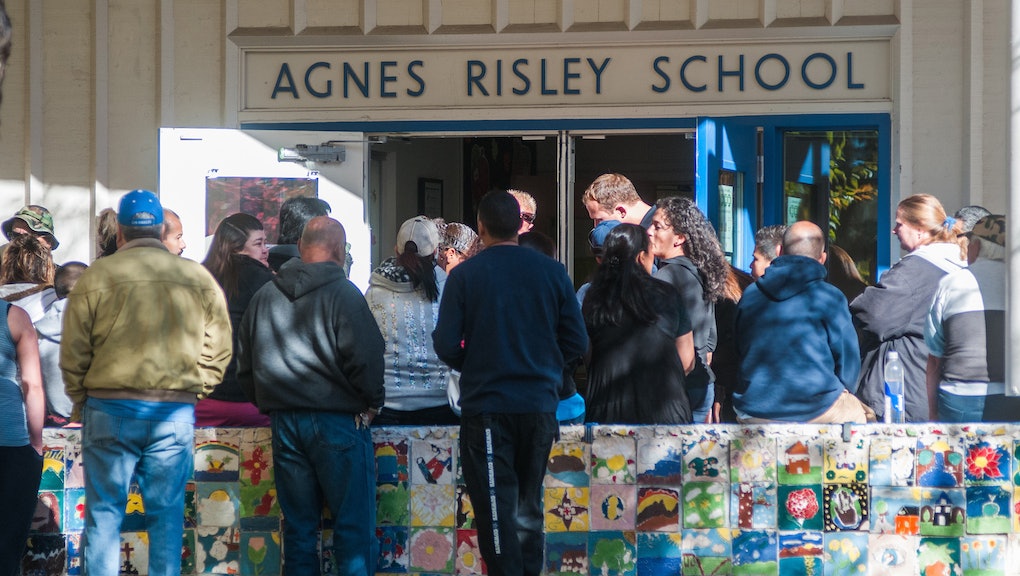 A compilation of the frantic early morning emergency dispatch calls made during Monday's Sparks, Nevada middle school shooting — in which two students were injured, and teacher Mike Landsberry and the 12-year-old shooter were killed — has been released.

The chilling recording highlights the heroism with which teachers, students, and emergency professionals responded to the crisis, and the professionalism of the 911 dispatcher whom they've called. It's astonishing to hear the mindfulness with which everyone is speaking, even as the shooting continues in the background.

The dispatcher is responsive yet firm when it comes to juggling the calls ("We have an ambulance on the way. We've had about 25 phone calls"), and the students sound both impressively responsible and even polite ("Can you please send police out here? There's a kid with a gun") as they attempt both to report the incident to authorities and provide details that can aid the police and emergency medical technicians arriving at the scene.

The name of the shooter has not been released, and it remains unclear what precipitated the event. The two students injured in the shooting are now in stable condition. It appears that Landsberry, a math teacher who had completed two tours of duty in Afghanistan with Nevada's Air National Guard, intervened, putting himself in danger in order to protect others. In the words of Reno Police Deputy Chief Tom Robinson, "In my estimation, he is a hero."