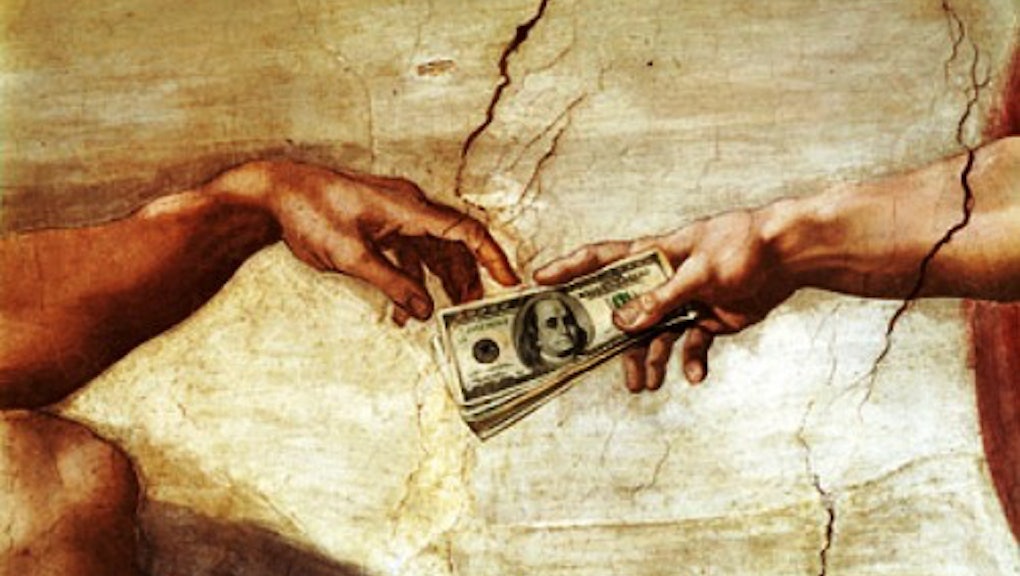 A study on the truth about lying might surprise the religiously devoted. In an experiment on students at the University of Regina in Saskatchewan, those for "whom religion was more important to their lives" were amongst those more likely to lie for financial gain. While this one study is bound to raise skepticism, it begs discuss the implications of truth and faith.

The mind behind the study, Jason Childs, didn’t want to beat the dead horse of physical characteristics like other studies. Uniquely, Childs wanted to break down financial lying by personality traits.

The study consisted of creating a test in which 400 students from introductory economics classes were broke down into “sender” and “receiver groups.” The sender groups would be given two different amounts of money, and would then tell the receiver which amount was the better payout that they should take. A little more than 50% of the senders lied about the amount, so they could profit more by keeping the larger amount.

Prior to the test, biographical information was taken from the students. Trends in traits were then analyzed with those who lied. Business majors, students with divorced parents, and the more religious were more likely to lie for financial gain.

The religious trait stands out because it’s the hardest to reconcile. They might be “less compelled to be honest” with fellow non-religious students at the secular university. This sounds like a stretch, but it does bring attention to moral dilemmas such asking or praying for forgiveness or viewing the sin in others.

Most religions promote honesty amongst other virtues, but the study poses the possibiity that those with religious beliefs might have more to atone for, or that the link between religion and honesty is circumstantial. The study certainly doesn’t provide a conclusion on the issue, but it does open the door for further studies into links between theology and honesty.