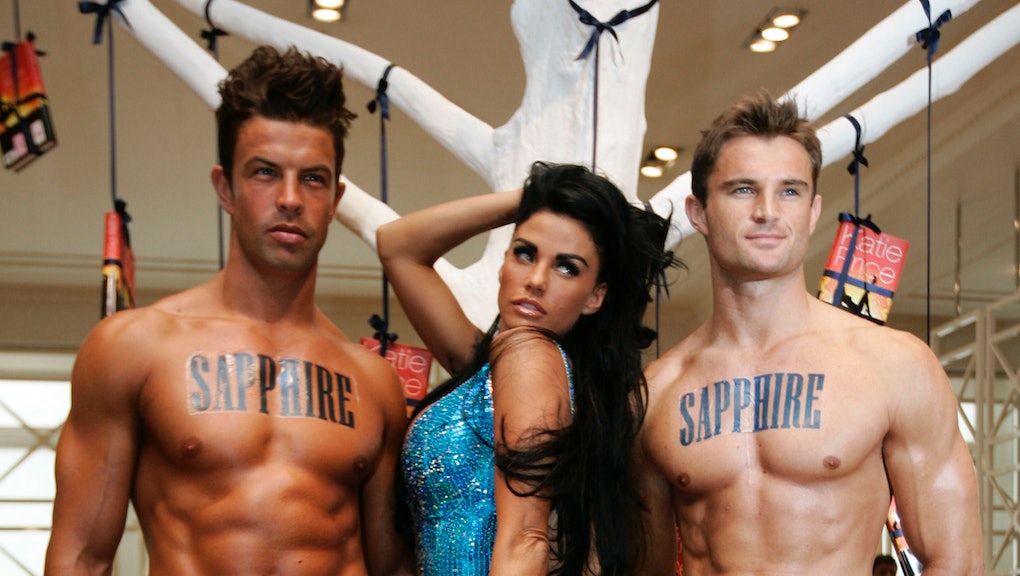 Despite a belligerently hyper-sexualized media and our collective understanding that body image issues affect everyone, the effect on men has been largely ignored and the issue viewed as more of a "feminine problem."

That's beginning to change. Research over the last 20 years indicates that this issue not only affects more men than you might think, but that millennial men are particularly vulnerable. It is important that we acknowledge what is happening, because the cause and effects of our near-constant exposure to hyper-masculinity is not always obvious.

During my Peace Corps service in rural Panama, I had no electricity and therefore almost no exposure to television. I wasn’t conscious of it at the time, but the pressure to get buff diminished significantly while I lived there. I was content hiking and playing sports with community members, and I never lifted weights. A few months after I returned from my service, after sufficient exposure to American media, I found myself standing in front of a massive container of protein powder in the grocery store and legitimately feeling that I needed it. Just below my consciousness I was thinking, I have to get buff, and this is what buff guys drink after they lift those huge weights and grunt a lot.

Fortunately for my self-esteem (and my bank account), I didn’t buy it. Instead, I realized it had been over two years since I’d felt overly concerned about my body and that being back in the States and inundated daily by images of muscular hunks, I felt obligated to look like them. Like most guys, I wasn’t aware of the effect of that exposure, and like many, I may have been on track for psychological and behavioral consequences.

There are studies that suggest a few physical characteristics are universally attractive (like facial symmetry), but ultimately, there is no objective measurement for attractiveness. As an example, plump men were considered attractive in the United States in the mid-19th century and cosmetic muscles were scoffed at in the early 20th century (feats of strength were what mattered). However, that same 19th century Don Juan wouldn’t get glances in 2013. "Attractive" is indeed defined by the sociocultural context that surrounds us.

As we know, media has a major impact on our perception of what makes anyone attractive. Advertisements, entertainment, and even toys depict tall, lean, extremely muscular men, creating (intentionally or not) the image of an "ideal" male. As founder of the Cultural Indicators Research Project and former University of Pennsylvania dean of communications George Gerbner puts it in Seed magazine "What we see on TV and in magazines eventually becomes our standard of reality and desire; failing to meet it is perceived as deficiency."

And indeed many men perceive themselves deficient. Even 10 years ago, a University of South Florida study found that the average man wants 15-27 more pounds of muscle and a 3-4% decrease in body fat.

That want, frankly, is ridiculous (can you commit 3-4 hours every day to just exercise?), and the perceived deficiency is potentially emotionally dangerous.

Several studies over the past 20 years have found that dissatisfaction with body image can lead to psychological and behavioral problems, such as depression, low self-esteem, use of performance-enhancing drugs (that’s right, they’re not only abused by baseball players), excessive exercising, unhealthy sexual decisions, and eating disorders. And it appears millennial men are the most vulnerable to these problems.

An estimated 50 million men (or, according to a University of West England study, four in five men) have body image issues, but much fewer than that admit it. It could be that we as men are conditioned not to admit to deficiencies, perceived or otherwise. Or it could be that body image insecurity has traditionally been viewed as a "feminine problem" and therefore "unacceptable" in men (because: sexism). Whatever the case, we can’t ignore the increasing evidence identifying the prevalence of body image issues among men, nor the psychological and behavioral repercussions.

Living in the jungle for two years without a TV is an extreme way to get the jolt necessary to feel the impact of media on your self-esteem. I’m glad I did, because the source of that impact is as subtle as the effects are profound.