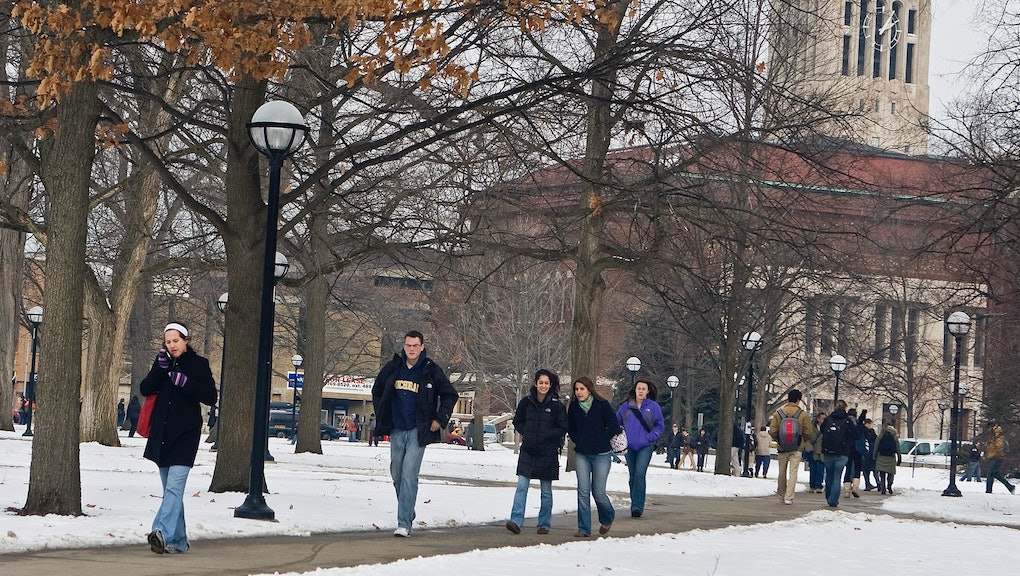 These 7 Schools Have the Richest Alumni — Is Yours On the List?

As the product of two University of Pennsylvania alumni, I now know why I may never make as much money as my parents. I did not become a Quaker, but instead a Michigan Wolverine. The research firm Wealth-X has compiled a list of the 15 schools with the wealthiest alumni, and the University of Michigan barely made the list.

For the purposes of this article, we will focus on the top seven schools. These universities have the following three traits in common that explain their places in the top seven: they are all private schools that accept "legacy" students, they have comparatively high tuition, and comparatively small student bodies.

Here, they are listed in order (with stats courtesy of the College Board):

As private universities, each school functions through tuition and generosity of donors. They do not depend on state money and can maintain the same level of viability regardless of the economic climate. Additionally, they cannot legally discriminate on any basis but can — and do — have their own way of accepting students. These universities can consider many secondary factors, such as who a prospective student’s parents are and what they have done for the school, other than academic performance. They can filter out individuals whom they do not believe will fit the mold of the type of person they wish among their alumni ranks regardless of qualifications.

A “legacy” is a student whose parents, one or both, attended the same university as the student. There are single primary legacies (one parent), double primary legacies (both parents). This New York Times article describes a Harvard University study that found the following: if a non-legacy applicant had a 15% chance of admission at one of 30 selected schools, an identical applicant who was a primary legacy would have a 60% chance of acceptance. These universities are heavily interested in expanding existing social circles and networks, so it makes perfect sense to give preference to an applicant who already has connections to the campus.

This College Board graph shows the average yearly tuition and fees payed by a student for a private four-year university is $43,289. The average yearly tuition and fees for the seven universities above is $44,962.85, more than $1000 above the average. High tuition and fees allow a select class of individuals to attend these universities, gain a high-quality education, and gain exposure to exclusive culture and connections while not committing financial suicide in the process. This allows graduates a better chance to obtain wealth, as they are less likely to be hampered by student loans. And consequently, it can preclude the attendance of students who are qualified to attend but cannot foot the bill over four years.

The average undergraduate population for these seven schools is 8,888 students. For comparison’s sake, Arizona State University has one of the largest student populations in the country with 59,382 undergraduates. This is 6.7 times larger than the average student body of the seven universities graduating the wealthiest alumni. A small student population means a small alumni network. It is easier for a small group of alumni to make a lot of money than it is for a larger group. There is simply more money and power to go around.

With smaller student populations, it is easier for students to get to know all of their classmates better and point each other towards beneficial career opportunities. It also allows university officials to better keep track of current students applying for jobs and reach out on their behalf, keep in contact with recent graduates who are working, and connect with older alumni who can provide current students with opportunities. If an alum helps a current student find employment, it is a win for everyone within the network.

The schools listed above show that, when it comes to striking it rich, it's not what you know, but who you know.