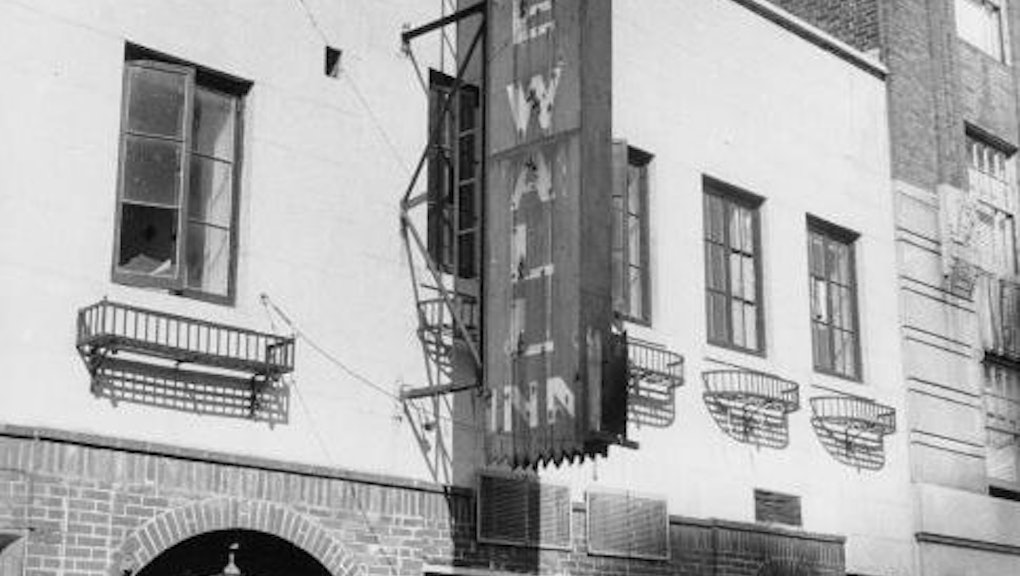 The NYPD is Taking Gender Policing To a New Level

We all experience gender policing to some degree, straight and gay, trans or not. In an everyday sense, gender policing describes how everyone’s gender is kept in line. It ranges from verbal corrections to minor transgressions (“You throw like a girl”) to norms being enforced through acts of bodily violence.

Gender policing can be banal and insidious: no more pronounced than a smirk at your haircut or your parents’ disapproval at the length of your skirt.  Worse punishments are meted out for more serious acts of gender non-conformity. The borders of masculinity and femininity, maleness and femaleness, are policed with threatened and real brutality.

As a somewhat feminine transgender man, I have continually failed to live up to the gender expectations placed on me. Nonetheless, while my gender expression might make some people uncomfortable, I can't imagine it making me a target of the police.

In the city's West Village, the NYPD appear to be reviving a historical precedent of profiling young trans and gender non-conforming people of color.

Profiling amounts to nothing less than the criminalization of any gender identity that strays beyond society’s narrow norms. In conjunction with racial profiling, gender-based profiling is making the city’s streets increasingly hostile for young trans and queer people of color.  Police prejudice and the market forces of gentrification are working to erase the presence of young trans and gender-variant people in an area that has belonged to them for decades.

Their queer birthright, if you will.

Christopher Street is the historic home of LGBT people in New York. It’s the location of the Stonewall Inn where, on June 28, 1969, resistance to one of many police raids led to rioting that is now recognized as the founding act of the gay and transgender liberation movements. Trans women of color, Sylvia Rivera and Marsha P. Johnson among them, instigated the rioting against police brutality. Almost a half-century later, it's sad to see history repeat itself.

A few weeks ago, my partner, who is also a trans man, was verbally and transphobically attacked in a London train station. We reported the incident to the London Transport Police and they dealt with it proactively and sympathetically.

At some level, I am operating with the understanding that my whiteness and the perception of my social class guarantee that my gender will not be an object of police scrutiny on an everyday basis.

I feel safe in public. This is a mark of privilege in itself.

However, hate crime legislation only works if police are willing to take allegations seriously. In many cases the problem in question isn't one of sincerity, but of outright discrimination. The National Coalition of Anti-Violence Programs’ 2012 Report on LGBT and HIV-Affected Hate Violence makes for grim reading. The report states that 48% of survivors of violence confess to experiencing police misconduct when reporting incidents.

Transgender people of color are two and a half times more likely to experience physical violence at the hands of the police than non-transgender white people in the US. In police attitudes to non-normative gender, the corralling of gender that we all encounter meets the force of the state. The individual prejudices of police officers become enmeshed with the law and how it is enforced.

People take it upon themselves to uphold the unwritten rules, the laws, of gender. I'd take a wild guess and say that police officers who are cracking down on gender non-conforming folks in NYC have something to prove themselves. To be singled out for your gender identity by a run-of-the-mill bully is terrifying enough.

To have your gender policed by the actual police is outrageous.