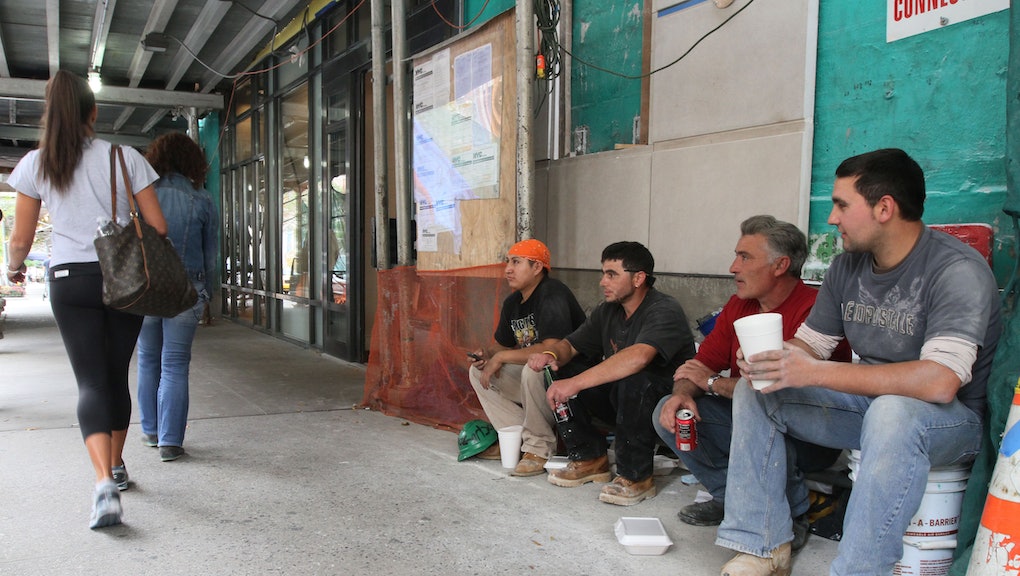 The One Group Left Out of Every Street Harassment Conversation

Last weekend, walking around Manhattan with a friend, a man who neither of us recognized approached us. "I’m really thirsty, do you have any blood?" he asked.

"No we don't," my friend responded without skipping a beat.

Then we turned around, hopped on the subway, and we went on our merry way like nothing had even happened.

It was no doubt a little bizarre but we were otherwise unfazed. Being approached by men on the street is something we’ve come to expect.

A recent New York Times story explores how women experience street harassment internationally, and also describes the work that Emily May and her nonprofit organization, Hollaback, do to raise awareness and stop this issue from happening.

Rubina Singh, director of a Hollaback chapter in India, said, "Street harassment is an everyday reality for women."

While this is true, the horrors of street harassment aren’t just specific to women; it’s also an everyday reality for gender non-conforming individuals, and at an increasingly alarming rate.

A Hollaback Boston survey published in August revealed that 90% of LGBT-identifying respondents reported experiencing street harassment. Another study from May 2013 showed that of 93,000 LGBQT individuals in the European Union, half purposely avoided public spaces because of street harassment (most reported high levels of fear in locations like restaurants, public transportation, streets, parking lots, and parks).

In October 2012, George Washington University master's student Patrick McNeil surveyed 331 gay and bisexual men globally and reported that 90% of individuals are sometimes, often, or always harassed or made to feel unwelcome in public spaces because of their perceived sexual orientation.

Take 23-year-old Evan Davis, for example. Davis moved to Massachusetts after graduating from college, and one day when he was walking from his new apartment to CVS a car full of guys shouted out their windows, "Hey, faggot."

"I'd love to say that I have a thick enough skin to just let it roll off my back, but it makes me feel incredibly powerless," Davis explained. "In many ways, my silence makes it seem like I agree with the person, like they've won. And it makes me feel defenseless."

Unfortunately that wasn’t Davis’s first or last experience with anti-gay slurs shouted in his direction.

"Perhaps the worst part is it's stuck with me. Now, when I'm in public, I'll occasionally check my surroundings and see if I'm in a position where it could happen. I check my mannerisms: how I walk, what I'm doing with my hands, if I'm talking to someone how deep my voice sounds," he said.

Talking about the major, overarching issues involved in street harassment without including LGBT narratives and statistics is leaving out a big piece of the story. And we can't afford to look away any longer.