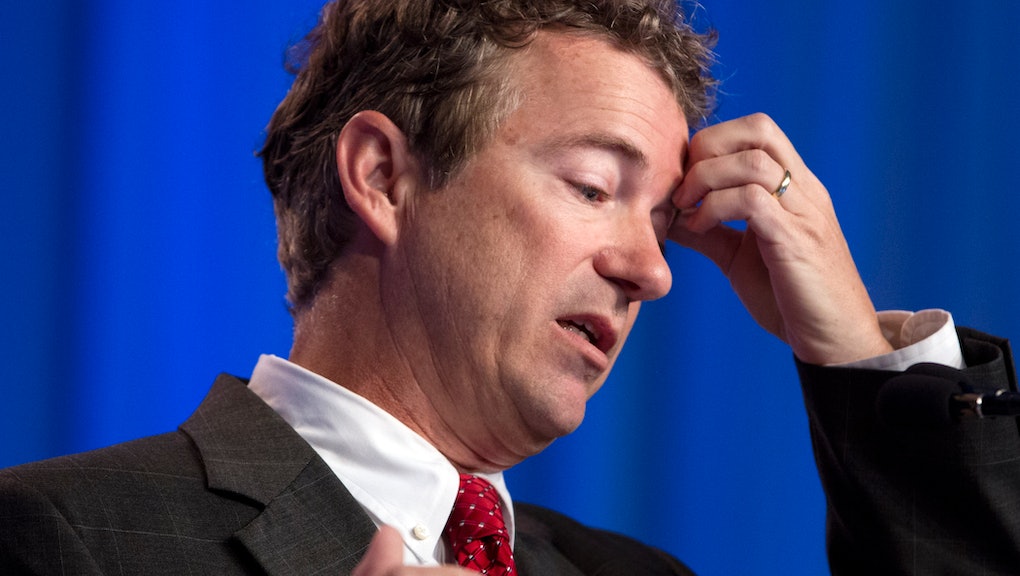 Sometimes Sen. Rand Paul (R-Ky.) says things that make me love him. Other times, he does the exact opposite. Unfortunately, yesterday was one of those times.

Appearing on Fox "News" after Sean Hannity compared Obamacare advertisements to "old former Soviet Union propaganda," Paul slammed Obamacare, falsely implied the act will cause everyone's insurance rates to go up, and — most outrageously — said, "liberals have no idea how capitalism works." Check out the video:

What Paul doesn't understand, however, is that we liberals in fact know all too well how American capitalism works. In fact, our knowledge of capitalism's shortfalls is exactly why we recognized the need for the Affordable Care Act (ACA) in the first place.

In addition to this ridiculous assertion about liberals, Paul aired two conservative lies. First, he repeated the oft-heard "fact" that Obamacare constitutes some sort of "government takeover" of one-sixth of the economy. As Media Matters pointed out years ago, this is completely and utterly false. A so-called takeover would entail government ownership of hospitals as well as the mass transformation of private sector doctors into public sector doctors, both of which have (obviously) not happened under the ACA.

Second, Paul says — incredibly! — that "Reform has done nothing for the cost [of health care]. In fact, I think it's going to elevate the cost of your insurance." What Paul failed too mention is that while this may be true for some people, it's false for a lot more.

Have additional thoughts on the video? Let us know in the comments.