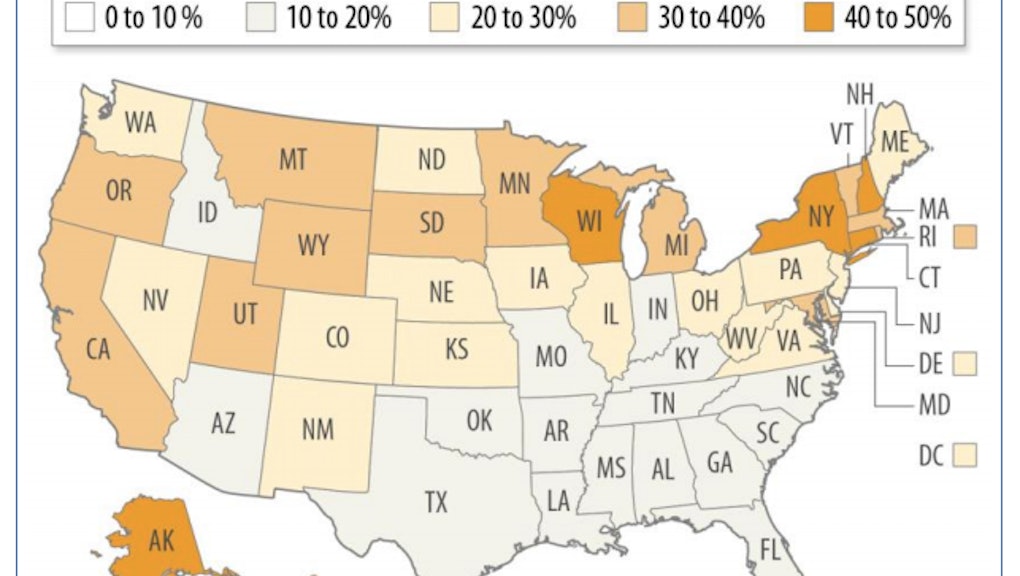 This Map Shows How Your State Treats Poor Families

A new report from the Center for Budget and Policy Priorities (CBPP) reveals how little support poor families have in the United States. Temporary Assistance for Needy Families (TANF), also known as welfare, is one of the primary ways the government helps out those living below the poverty line. It provides cash assistance to people who truly need it. But ever since Democratic President Bill Clinton teamed up with Republican Speaker Newt Gingrich in 1996 to reform the program and add a work requirement to it, real benefits have been falling in states across the country. This new CBPP report demonstrates how bad it's become.

Authors Ife Floyd and Liz Schott found that "[f]or 99% of TANF recipients, the purchasing power of TANF benefits is below 1996 levels, after adjusting for inflation." In other words, people on TANF are getting poorer. The benefits are not enough to cover the estimated housing costs in any state. Not a single state offers enough in TANF benefits to get a family to 50% of the poverty line. Even when you combine in Supplemental Nutritional Assistance Program (SNAP) benefits, commonly known as food stamps, only New York and Alaska provide support enough to get a family to 75% of the federal poverty line ($23,550 for a family of four). Those numbers are staggering.

Even in Democratic states, benefits have dropped significantly. In Massachusetts, for instance, inflation adjusted TANF benefits have fallen by 26% in the last 17 years. Connecticut has seen a 27% drop, Delaware 33%, and Hawaii 42%.

After going through the worst financial collapse since the Great Depression, it's abundantly clear that are safety net programs are not strong enough. Income inequality has skyrocketed and Americans have little savings to offset such a crisis. This CBPP report underscores the fact that the federal government is no longer offering the support it did in 1996. It might be time for another round of welfare reform.