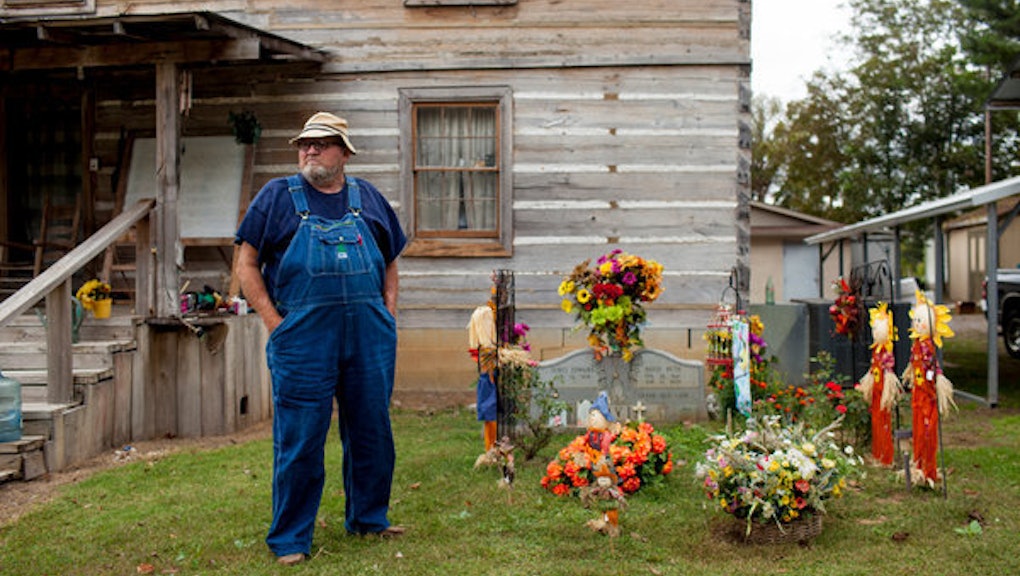 Stevenson, Alabama man James Davis has been attracting a lot of attention lately because he obeyed his wife Patsy's dying wish: to be buried in her front yard.

But, promise or no promise, city officials seem determined to dig her up. In fact, the city is so determined that a few years ago it filed a lawsuit to force Davis to move her body elsewhere and on Oct. 11 the Alabama Supreme Court signaled its agreement with Stevenson in a 5-3 decision. Davis must exhume his wife.

When the Stevenson City Council originally rejected Davis' request due to concerns over the future care of the site after Davis's death, Davis went ahead and erected a monument anyway.

Davis, 73, said he never expected things to escalate this far.

"Good Lord, they've raised pigs in their yard, there's horses out the road here in a corral in the city limits, they've got other gravesites here all over the place," he told the Associated Press (AP). "And there shouldn't have been a problem."

Although Alabama officials acknowledged family burial plots are common, city officials told the AP that state law gives Stevenson a substantial degree of control over where people are allowed to bury their loved ones and cited concerns "about long-term care, appearance, property values, and the complaints of some neighbors."

This is a tough case. Pictures of the grave site really aren't all that unsightly, and besides, Stevenson doesn't even have a city ordinance against private burials. If Davis hadn't asked whether he could bury her in the front yard in the first place, I'm not even sure whether the city would have cared enough to file a lawsuit.

In addition to his wife's dead body, James also has a sign in his front yard: "Let Patsy rest in peace." It's unclear whether the sign will be coming out, too.