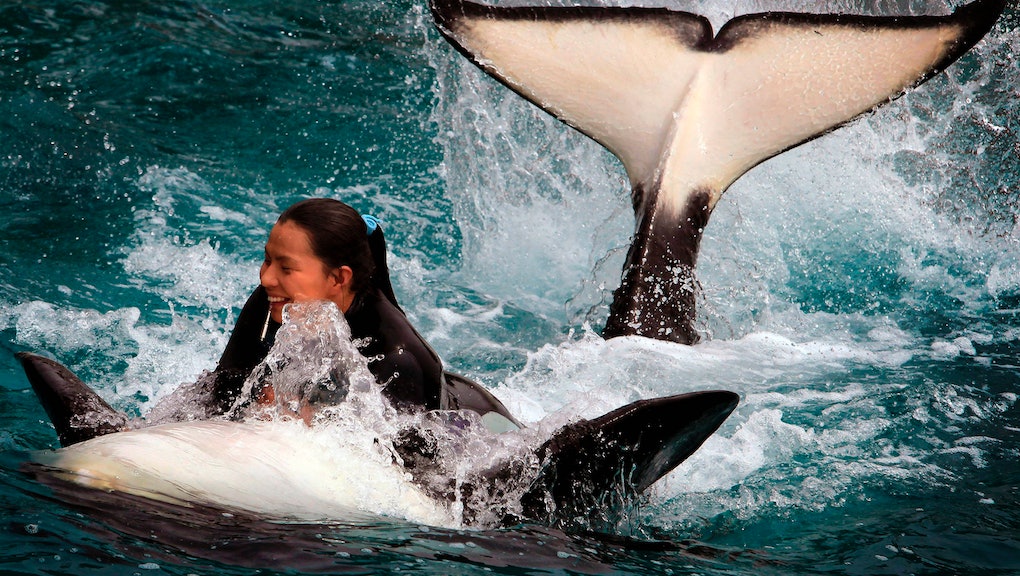 Blackfish, a documentary being screened Thursday at 9 p.m. ET on CNN, investigates the wellbeing of orcas held in captivity at SeaWorld theme parks. Focusing on Tilikum, an orca who was involved in three human deaths, the documentary argues that poor living conditions in captivity lead orcas to commit violence against humans. Ultimately, keeping these animals in captivity is unsafe both for humans and orcas alike, and SeaWorld should release them back into the ocean.

Footage from the film brings incidents involving several of SeaWorld’s orcas, including Tilikum, to light. But the whales are not to blame for their violence against humans. While orcas have attacked humans in captivity, there are no known instances of orcas killing humans in the wild. In the clip, two former SeaWorld trainers claim that captivity increases stress in the orcas, which leads to frustration and eventually aggression, manifesting in the attacks.

There are several limitations to raising animals in captivity. Orcas are social creatures. SeaWorld acknowledges that orcas “live in cohesive long-term social units called pods,” which can vary in size from two to 50 individuals. They also acknowledge that the “strongest association bonds in a pod are the mother/calf bonds.” Despite this, the film reveals images of orcas born in captivity being forcibly separated from their mothers.  Former trainer Carol Ray, who saw a calf and mother being separated, told CNN that she cried in response to the mother orca’s screaming.

SeaWorld claims they make very effort not to break up family groups, but the filmmakers disagree. They assert that “the calf-mother separations that are mentioned in the film both involve two of the most responsible and bonded mothers in SeaWorld’s collection, both of whom have had multiple calves taken from them.” They further claim that these separations are done primarily for husbandry and entertainment needs in SeaWorld’s other parks.

Keeping orcas in captivity is damaging to the orcas and leads them to violence against humans. By keeping them, SeaWorld makes the statement that it values profit over the wellbeing of its animals and workers. Admittedly, SeaWorld has a lot to lose if they release their orcas. With a gross income of $1.14 billion in 2012, and the belief that 2013 might be a record year, SeaWorld has little incentive to change its practices. However, this money is made directly off the exploitation of their animals and the endangerment of their workers. There is no justification for this and Seaworld stop keeping orcas in captivity.