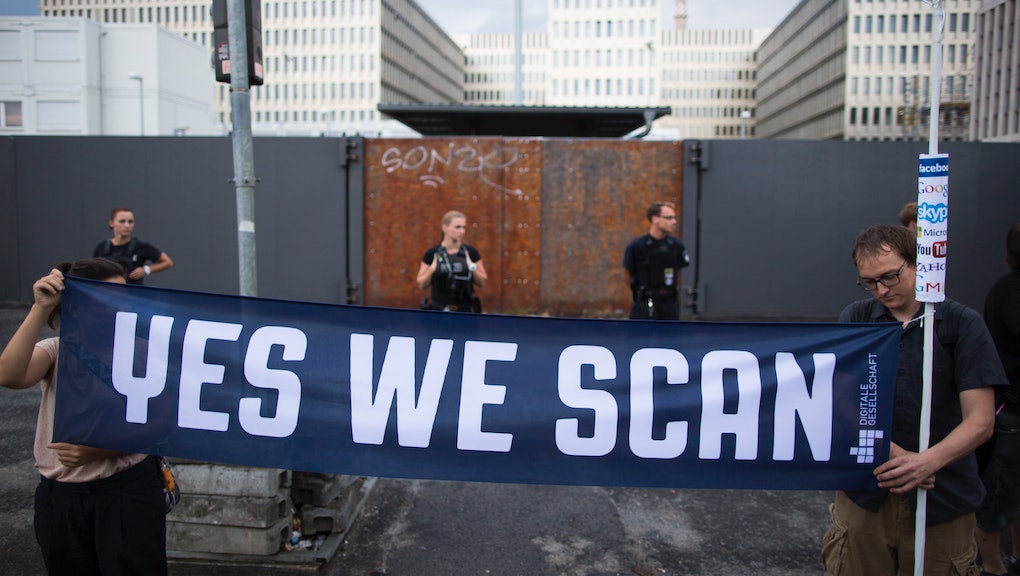 Stop Watching Us: Protest Against NSA Set For D.C. This Weekend

A Washington rally against mass surveillance is scheduled for this Saturday, organized by a wide-ranging coalition known as Stop Watching Us. Thousands are expected to attend and look on while organizers deliver a petition with half a million signatures to Congress. Or, to put it another way, about as many people have signed on to end mass surveillance as want Grand Theft Auto 5 released on PC.

Stop Watching Us brings together an eclectic band of over 100 public advocacy organizations, including familiar civil liberties watchdogs like the ACLU and the Electronic Frontier Foundation and more broad-based groups like the Council on American-Islamic Relations, the Koch brothers' Freedom Works, and Occupy Wall Street NYC. Their announcement video is well-produced and chock full of big-name pundits, actors, and congresspeople. Yet even with so many resources behind it, Saturday's rally seems unlikely to change much of anything.

As a political tactic for drawing attention to a cause, rallies in Washington are hit or miss these days. The most widely reported recent rally was probably the October 8 immigration reform protest — but it wasn't the number of people in attendance that made the event noteworthy. Headlines focused on the eight Democratic lawmakers arrested, a political stunt that would have been just as effective with a few thousand less spectators. Unless attendance massively exceeds expectations, Saturday's event will likely be forgotten almost before ends, like so many before it.

But there is a more disturbing possibility for opponents of mass surveillance. While a recent poll shows 74% of Americans believe the National Security Agency's surveillance program intrudes on some American’s privacy rights, just 55% of those (and 41% of the overall population) believe this intrusion is unjustified. What if Americans understand the surveillance state, but just don't care?