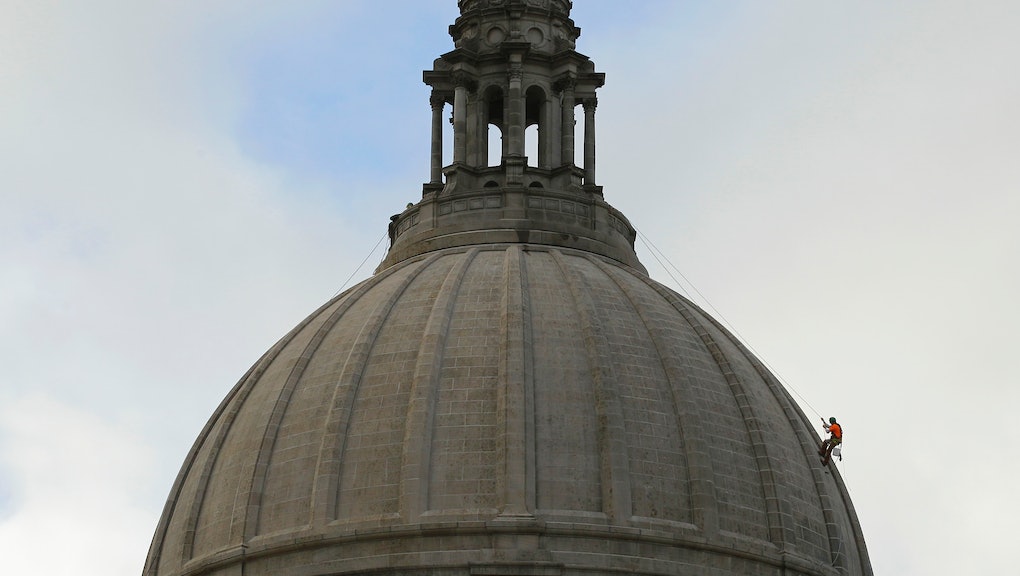 The dome of the U.S. Capitol Building is set undergo a $60 million multi-year restoration to repair damage caused by exposure to the weather.

So what is the question about the work? The price tag of $60 million will offend the senses of many Americans since it comes at a time that the government's finances are forcing cutbacks in other areas. Any expense of the government should be measured against whatever the money could otherwise have bought. By comparison, Meals on Wheels lost $51 million which led to a projected closure of one in six programs.

The expense should offend you because it is an absurd amount of money. The budget to maintain the dome in 2013 is roughly double what it cost to build. The dome cost $1,047,291 to build in 1860, which expressed in 2013 dollars is roughly $30 million. (estimates range from $29 million to $29.8 million). Mind you, history suggests that the actual costs may come in much higher than budgeted expense.

Yes, the costs are high, but there are two points to consider. First, the pomposity and grandeur of the Capitol have already been built into the building. Failing to maintain the building simply puts the entire structure and everything in it at risk. It is more than a place where we make laws. The Capitol is an extremely popular tourist attraction; it attracted nearly 20 million visitors last year. Second, the cost of the construction is not an annual expense. The renovations may last 50 years, in which case the annual cost is closer to $1.5 million per year.

This expense is a sunk cost (i.e. it is a cost we have already incurred). It isn't economically sensible to scalp the dome, and replace it with a metal roof and vinyl siding. It isn't politically possible to ask citizens to pay for the privilege to see where laws are made. In the private sector, we would sell naming rights, and Congress would do its business at the IBM Center. But in the private sector we would have fired Congress already. We don't have a lot of choice here.

There is a lot wrong with the finances of our government, and a $60 million dollar facelift is certainly part of that problem, but there isn't much we can do about it now. It isn't a drop in the bucket. It is more like a bucket in an ocean.