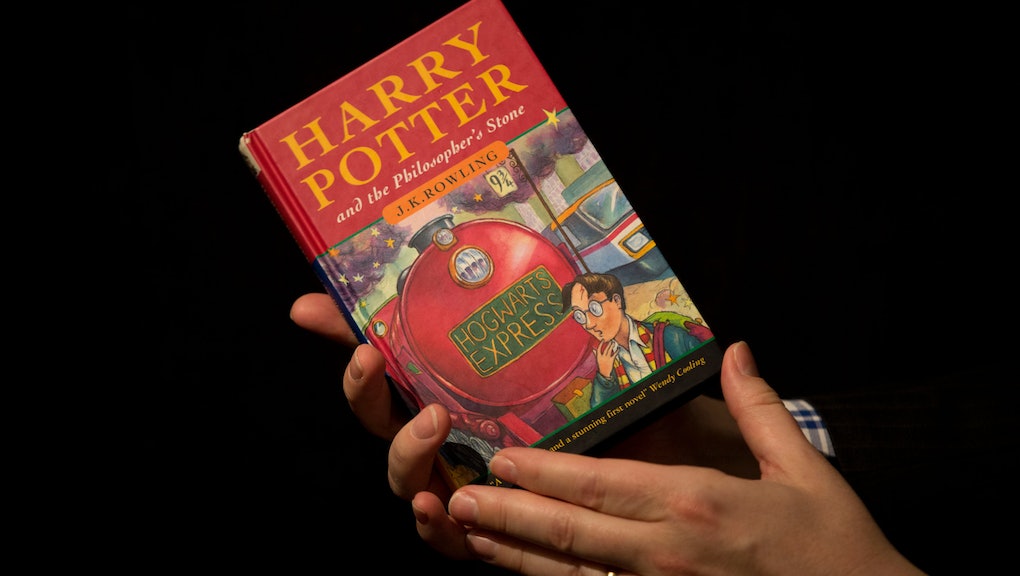 'Harry Potter' Has Found an Unexpected New Group of Fans

Sciences Po Paris is a school of social studies that has forged the French political elite for over a century. The last four French presidents studied there (although Nicolas Sarkozy never made it through to graduation). It is prestigious, highbrow, and very serious. This fall, Sciences Po is offering a new class called “Literary, Psychoanalytic, and Political Approach in Harry Potter.”

If there was any doubt that Harry Potter would make the jump from being a generation-specific phenomenon to a literary classic, this class at least lays the first brick on that road.

To enroll in the course, you must have read the seven books — “Forget about the movies,” the syllabus demands. Any fan of the series would drool over the description of the class: "One must read Harry Potter as a literary work, a fiction both emancipated and concerted, inventive and knowledgeable, built on a vast culture, magnificently recycled."

Over the phone, François Comba, the man behind the class, explained why he wanted to incorporate the books at Sciences Po. "This is a work of art and I needed to show it," he said of the series. "The book was considered through the prism of the number of copies sold. That’s not how you read a book!"

For five years, Comba had been teaching a class on the Nobel Prize in Literature. He noticed his students did not get the time to read the books he talked about and the participation in class was very limited. But all his students had read Harry Potter and he thought that would lead to more interesting discussions during class.

Comba discovered the books after the fourth volume was published. "I had heard about them as children’s books and I wasn’t very interested." One day, a friend, with "trustworthy tastes," advised him to give it a try. "The first sentence startled me; the first chapter seduced me; and halfway through the third volume I thought: ‘This is something else!’”

Throughout the course, Comba compares the books with other works of literature that, he argues, have influenced J.K. Rowling. Harry’s childhood at Privet Drive is studied in parallel with the early years of Jane Eyre in Charlotte Bronte’s novel, and the scene where Harry defeats the Basilisk in the Chamber of Secrets is compared to the work of Ludovico Ariosto, a 16th century Italian poet.

Comba does not doubt the depth of Rowling’s work, nor its future as a classic of literature. "She wrote a unique work and found a singular literary voice," he said. "It is already a classic of children’s literature. The series is at the very least as good as Robinson Crusoe or The Jungle Book.”

If a novel’s popularity in academia is any sign of its staying power, then Harry Potter is on the path to becoming a classic. Sciences Po is only one of many institutions offering a class on the series (Tufts had one named "Christian Theology and Harry Potter.") And Comba’s class is in such high demand, many students had to be turned down.

Until a sorting hat is involved in the acceptance process, this as close as you'll get to the Harry Potter school experience.