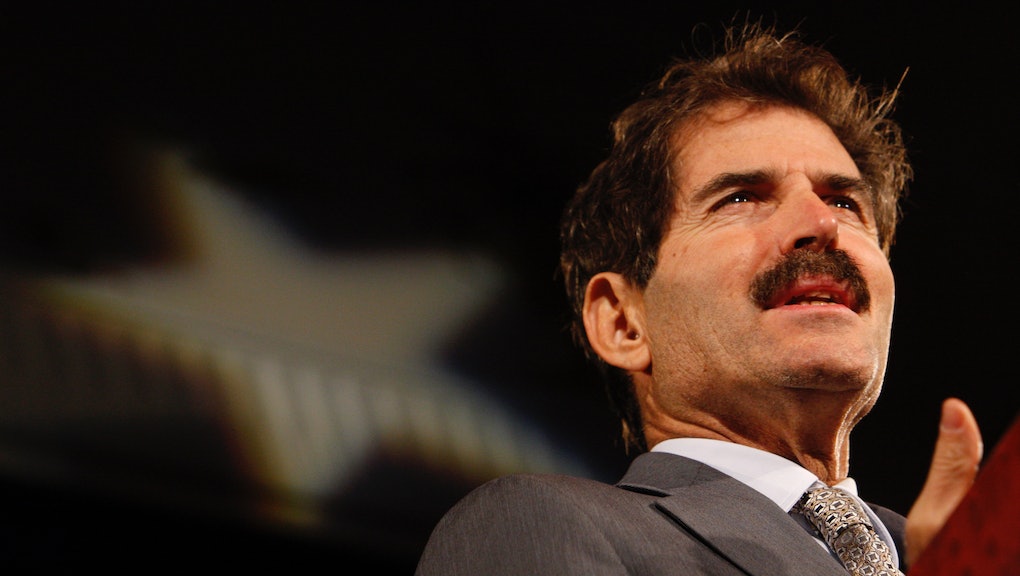 Pretty soon you’re going to be paying for your Dunkin' Donuts with a wheelbarrow full of cash, according to a segment in this morning’s edition of Fox & Friends. Libertarian reporter and porn-stache enthusiast John Stossel stopped by the set to handily expose the Federal Reserve and its inherent evils in just two and a half minutes.

Stossel first gave Steve Doocy and Elisabeth Hasselbeck a quick rundown of the Fed as a dozen old white people who secretly spend $4 trillion dollars of your money with little to no oversight before explaining that as the Fed prints more paper money as stimulus for the country, your money become less valuable and soon there’s rampant inflation and next thing you know, Hitler’s in power, Nazis are everywhere, and you need a whole pile of cash to buy a latte.

The three then turned their attention to actual wheelbarrow full of cash to drive it all home, as Stossel showed off his prized collection of bills, complete with a $100 trillion dollar bill from Zimbabwe he was especially proud of. So, watch out everyone, otherwise we’re going to have crazy bills soon too.

“I have a lot of questions,” said Hasselbeck as Stossel gave his lesson. So do I Elizabeth, so do I.