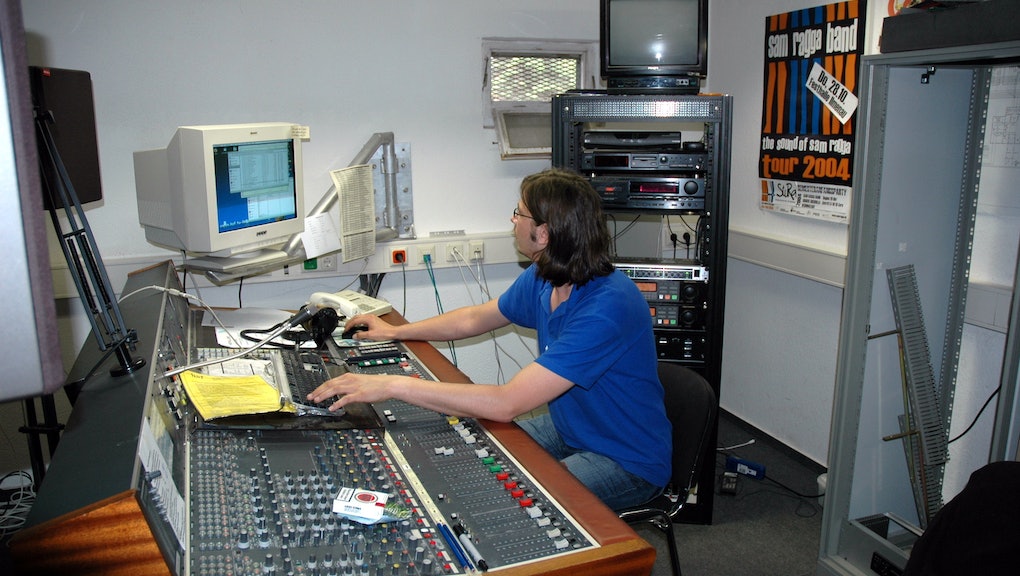 These Colleges Are Working Hard to Keep Radio Alive

For years, college radio stations have been struggling to stay afloat. Universities just don't have the funding necessary to keep student media alive, and stations — including, temporarily, Vanderbilt — have opted to sell their radio licenses and close up shop all together (full-disclosure: Vanderbilt has since bought back their broadcasting license).

Of course, financial pressures and cultural shifts have largely been dictating the future of stations everywhere. Nonetheless, there are still millenials out there trying to keep people tuned-in and engaged — and they're doing a damn good job of it, too.

Every year, CMJ honors universities keeping radio alive and booming, and this year WTBU — "the first station to ever fire Howard Stern" — took the award for Station of the Year. It was nominated alongside Seton Hall's WSOU, the University of Minneosta's KUOM, and Michigan State's WDBM.

WTBU was started in the 1950s and became Boston University's only student-run radio station in the 1970s; WSOU first sent out signals in 1948; KUOM first began broadcasting on AM radio in the 1920s; and WDBM, the youngest of the lot, began cranking out music in 1989.

What all of these stations have in common isn't only a long lifespan, but also a variety of programming that truly tries to represent the entirety of the campus community. Take a look at the schedules for the four nominated stations and you'll find a mix of alternative, indie, electronic, and world music with a dash of talk and current event programs. Here's just a taste of what each radio team is serving up: WTBU has programming dedicated to Boston's culture, art, and music scene; KUOM gives airtime to the UK music scene, bluegrass, and old school punk; WSOU is blasting everything from alternative to metal; and WDBM dedicates airtime to artist interviews and a variety of pop and independent music from the United States to Asia.

Two years ago, it looked like student radio was heaving its last breath. But one look at the communities surrounding WSOU, KUOM, WBDM and WTBU and you'll begin to wonder: is student-initiated media making a comeback?

While it's hard to say for sure, I know that in a world full of nonsense and noise, having a station that represents my community feels indispensable. As an undergrad, I was lucky enough to attend a university with a thriving student radio service; UC Santa Cruz's KZSC had garnered a great deal of support and recognition from the surrounding community as well as receiving national attention. Outside of putting in a few volunteer hours during funding drives and sorting through CDs for the station library, I had little to do with the station as a whole. But I had friends who found home in the little wooden station with its recording booths, expansive shelves of music, and somewhat off-beat cast of characters — and I can see why. The station was a place for them to exercise their creativity, to learn a skill they never would have had a chance to learn elsewhere, and to immerse themselves in the sharing of cultural knowledge. These were people who were invested in art and music, and, through the station, they had found a way to become part of their university community and the greater population of Santa Cruz. KZSC wasn't a station just for students, but it was a station for anyone willing to tune in — it was a voice for the school and those around it.

I'm glad to see that there are people still supporting student radio. As universities continue to tighten belts, we need to remember that there are some things that just can't be learned in a classroom. Students of Boston University and alumni of WTBU have gone on to work in broadcast media, and are proof that what you gain from hands-on experience is just as indispensable as what you learn from a text or an assignment. These stations not only support their communities, but they create people who can keep mainstream radio alive. Lectures and professors can impart knowledge to us, but to be able to grow into connected, critical thinking, expressive and engaging people, we must also have spaces where we can exercise our voice, debate, share, and — most of all — listen. These stations understand that.