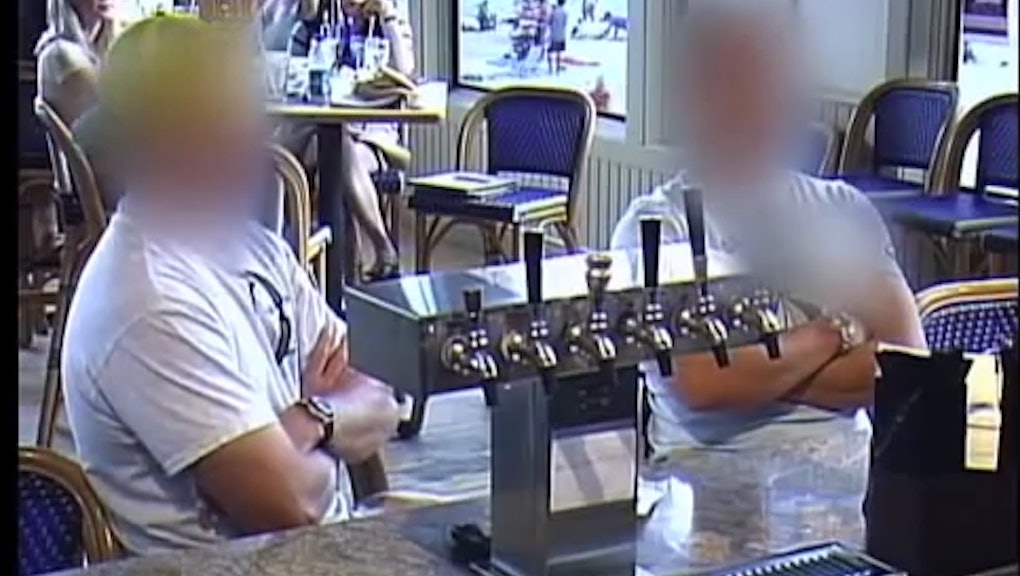 In a popular ABC segment called "What Would You Do?", two actors stage a scene that should send massive alarm bells in the head of any human-being: a woman who is visibly intoxicated, being dragged away by a man who's clearly intending to rape her in his hotel room. Yes, I said rape, not sex. Look it up. If we want to stop minimizing rape, we need to stop calling it sex. I'm talking to you, Kansas City Star.

The first half of the video is pretty faith-restoring, because it shows women and men standing up against a perpetrator who appears to be intentionally taking a victim away so that he can rape her, although no one mentions the word rape, only that he's "taking advantage of her." The video takes a petrifying turn at 6:40 when two married men come in. The fact that they encourage the man to rape the woman is bad, but the fact that we later learn (at the 8:00 minute mark) that one of them is an off-duty cop is horrifying. Take a look.

The rapist in this video is not only allowed to rape, he's encouraged to do it. This is what happens when police officers, the media, or female journalists tell women to stop getting drunk/dressing like sluts to prevent sexual assault. It would be sensible advice if it didn't reinforce the very structures that make sexual assault not only possible, but probable.

One in five women will be a victim of rape at some point in her life. Women who are between the ages of 16-24, are four times for likely to get raped than any other population group. It doesn't keep happening because alcohol exists, it keeps happening because men who rape get to joke about it with off-duty cops. If the people who are supposed to be protecting women, buy into rape culture, it's not surprising that rape remains the most unreported crime.

Even if alcohol was prohibited for every woman tomorrow, rape would still happen. Booze and short skirts don't cause rape; rapists do. The more we focus on the victims, the less we focus on the rapists. Until perpetrators are held accountable, they will have no reason to change. Let's make it harder to rape, not easier to blame the victim.

What do you think? Is there inherent harm in telling women not to get drunk? Let me know on Twitter and Facebook. Here's what Jake Horowitz and I had to say about it on Huffpost Live.

An earlier version of this post said that the video captured two off-duty cops.

Why Rape Prevention Starts With Men