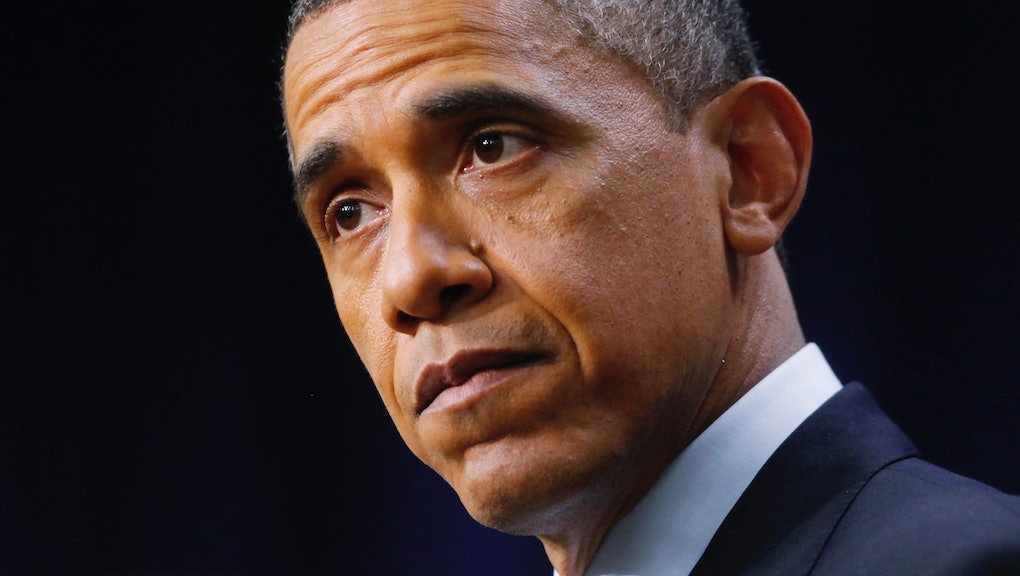 The One GIF That Explains NSA Spying

The Guardian dropped another "bombshell" revelation on the National Security Agency (NSA)'s rampant surveillance program. It turns out that the United States was collecting the phone numbers and monitoring the conversations of 35 world leaders.

Sure, it's probably a breach of international law and most certainly of ethics. But what's going to come from it? A bunch of high profile condemnations from world leaders – France, Mexico, and Brazil all got in on it in the past month – and that's likely it. German Chancellor Angela Merkel even got a phone call with President Barack Obama. They all say the U.S. has lost the trust of its allies. For some reason, I don't think Obama's going to lose any sleep over this. This is just what America does. The NSA's vast surveillance operations are symptomatic of a global bully doing what a global bully does best. America puts its business wherever it sees fit, other countries be damned.

Why is it a shock the U.S. was monitoring other world leaders? This is a Cold War cliché. Regardless of ethics or legality – both of which are undeniably questionable – this should not come as a surprise to anyone.

Not only did the world leaders go unnamed in the Guardian's report, but the NSA memo itself reveals that the monitoring reaped "little reportable intelligence." In fact, all the phone numbers the NSA monitored were good for is that they "provided lead information to other numbers" for the NSA to monitor. Which, I'm guessing, will lead to more numbers. And then more numbers. The only thing this most recent report unearths is the NSA's ineptitude. Everyone already knew the NSA was spying on everyone it could get its hands on. This just proves they're bad at it.

Part of the problem is the way in which the Guardian has chosen to dole out its trove of documents. The newspaper wants to release these "leaks" slowly, as a trickle, so nothing gets missed. Each is worthy of its own story, each deserving of equal outrage. The problem, however, is that it's achieved the opposite. By releasing the leaks slowly, one at a time, the public has been desensitized. The first leak was genuinely shocking, causing an old fashioned brouhaha. By now, though, NSA spying is old hat. Maybe it's just me, but the revelation that the U.S. was spying on international leaders pales in comparison to the previous leaks of its domestic surveillance, particularly on journalists.

Maybe the U.S. surveillance of world leaders should be a true bombshell that reverberates for weeks, but the reality is that the ramifications for America won't match up to the potential scope. The Obama administration has gotten very good at categorically denying every allegation that springs up with these leaks. And until they're given a reason to own up to it, there's no reason for them not to, no matter who they're spying on.