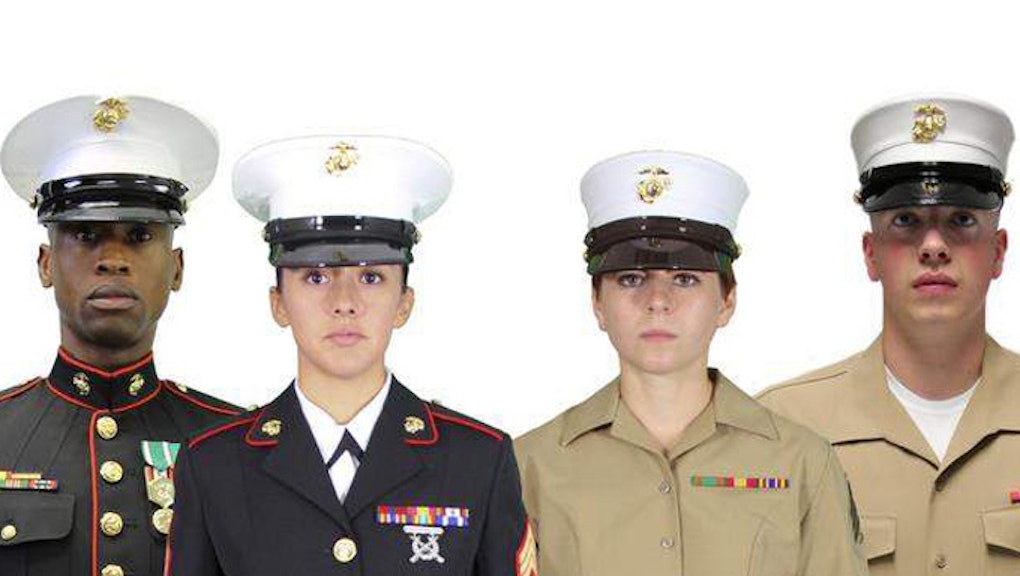 Some Marines Think Their New Uniforms Are Too "Girly"

Commenters on the MarineTimes website, most of whom are actual marines, are lambasting the designs for being too feminine and too French.

Though the caps don't look feminine to me, they do look more balanced on women's heads. They look less imposing, and have a narrower profile. Perhaps it's the new cap's resemblance to the current female-specific cap that triggered this hysteria.

The assertion made by some commenters that the caps might be wasteful, however, is correct: Manufacturing just one type of cap should save money, but according to the memo obtained by the New York Post, going with the traditional cap would save $284,043 as the current female caps are more expensive to make.The cost of manufacturing a batch of unisex caps would cost around $8 million. However, it's unclear whether the same number of caps would need to be manufactured.

Detractors are ignoring that a purpose of military uniforms is to provide a unified look among personnel. A unified cap fills this role well.