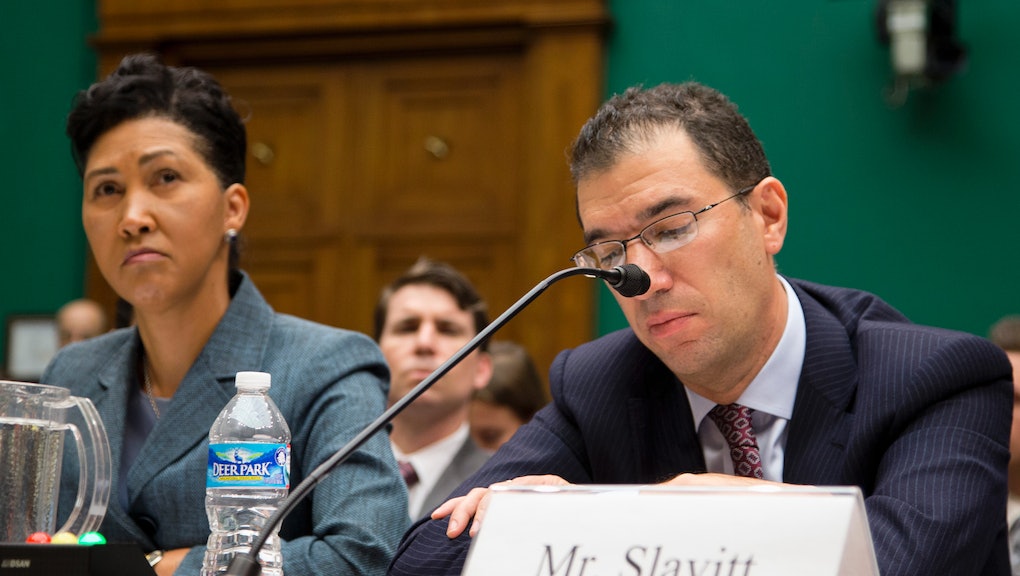 Almost a month into HealthCare.gov's launch, congressional hearings are finally taking place on the abysmal rollout of President Obama's landmark bill. After day one of the hearings, we've already learned quite a lot.

First, we learned that the contractors responsible for building the site warned the government of possible problems. Those who testified in front of the House Energy and Commerce Committee said lack of testing and last-minute changes helped to contribute to the website's woes.

We also learned that the Center for Medicare and Medicaid Services decided that users had to create an account on the website before browsing for plans, instead of being allowed to do so anonymously, as was originally planned. This change was made two weeks before the site's launch, which contractors say might have been a huge factor in the glitches.

"After the launch, HealthCare.gov was inundated with much more traffic than we anticipated," Andy Slavitt, vice president of Optum, one of the contractors responsible for building the site, testified.

In more positive news, we learned the reports of insurance companies being sent inaccurate statements may have been exaggerated, and that contractors expect to have the site fully functional by Dec. 15.

Currently, we are 25 days into Obamacare's implementation, and only now something is being done about the problems that have plagued it since the beginning of the month. Some democrats have made their case as to whether or not these hearings are necessary. I say they are. I'm glad that the proper steps are being taken to find out the root of HealthCare.gov's problems.

The hearings can give us something that the press conferences and news show appearances haven't: answers. Not speculation or excuses. We're finally getting some concrete answers and can begin to understand what the root of the problems are.