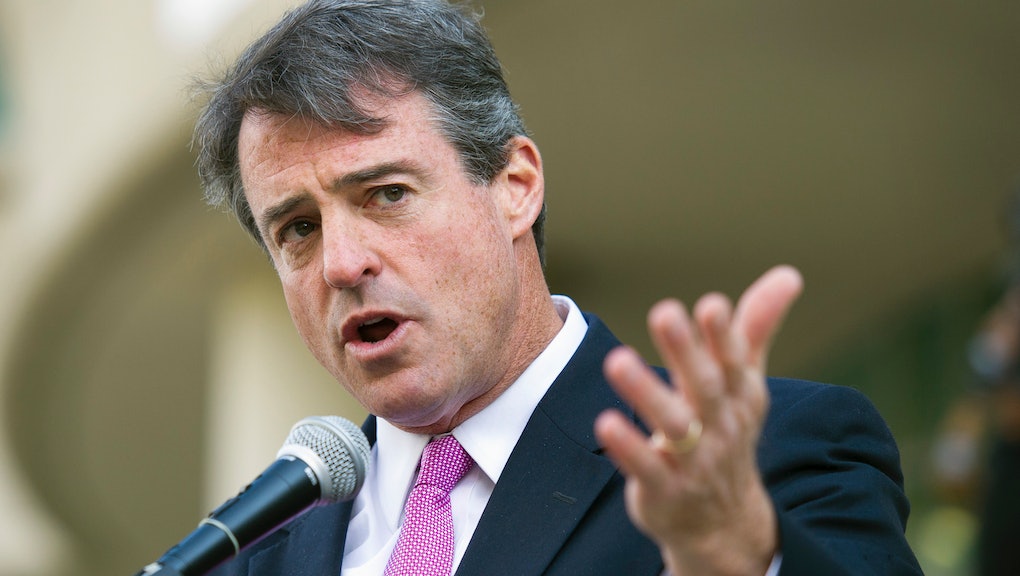 Doug Gansler Shows You How to Lose an Election, Teen Rager Style

As a Democratic candidate for governor of Maryland, Attorney General Douglas F. Gansler is pledging to be able to protect and lead 5.8 million people. He might have a tough time getting elected when he can't even govern a bunch of teenagers at a beach rager.

Gansler briefly stopped by his 18-year-old son's senior beach week party this past summer to ask him a question, but stayed long enough to mingle with the guests and even get photographed:

When the incriminating Instagram came to light this week, he did not dispute the authenticity of the photo, but claimed he didn't remember whether or not he saw anyone drinking. The picture begs to differ — unless he was temporarily blinded by some sand in his eye, he knew that underage teenagers were drinking at the party that he and other parents authorized.

But it's his weak response to the scandal that really demonstrates his lack of leadership: "Assume for purposes of discussion that there was widespread drinking at this party. How is that relevant to me? The question is, do I have any moral authority over other people's children at beach week in another state? I say no."

Most people would say yes. According to his website, one of the main duties of the Attorney General is to "support the efforts of police and prosecutors throughout the state in the fight against crime." Gansler even made a video last year to advocate against teenage drunk driving in which he says, "Parents, you're the leading influence on your teen's decision not to drink." Or to keep drinking, apparently.

Gansler has only modified his story slightly since it broke, admitting at a news conference today that he should've done something to stop the drinking. But he still blames his supposed ignorance rather than his blatant hypocrisy: "Perhaps I should have assumed there was drinking in the home, and I got that wrong."

Party on, Gansler. Just don't do it while holding political office.