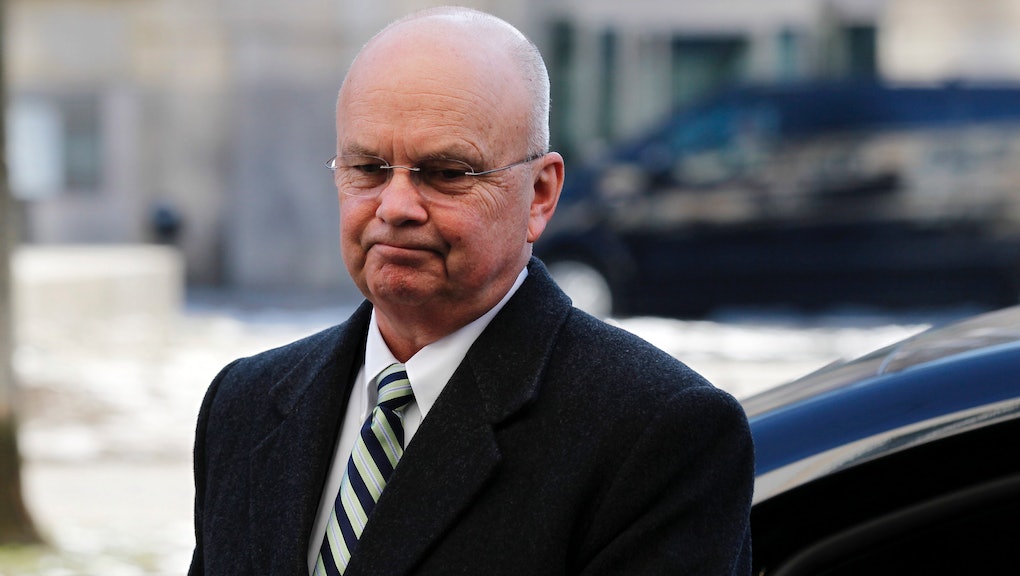 Michael Hayden Leaks Secrets on Amtrak, and Teaches Himself a Lesson in Spying

You have to feel for poor Ed Snowden. Four months after exiling himself from the U.S. in a blaze of vainglory in order to expose the NSA’s expansive spying program, it turns out all he had to do was take the train. Specifically, Acela train 2170 from Washington, D.C. to New York on Thursday afternoon.

It was in the coach section of that densely populated train that Tom Matzzie, a former director of MoveOn.org, heard the dulcet tones of who he eventually deduced was former NSA and CIA director Michael Hayden “blabbing” obliviously about classified national security issues…to a reporter.

“Former NSA spy boss Michael Hayden on Acela behind me blabbing ‘on background as a former senior admin official’,” Matzzie tweeted, as he continued to do for the duration of the interview.

The sensitive topics Hayden broadcast to his fellow commuters involved attacks on the Obama administration, formerly denied practices of torture, and the president’s spy-proof Blackberry (presumably ineffective technology if used on a crowded commuter train). Matzzie, of course, was gleeful about his “scoop.

The real victims here are conspiracy theorists. It was bad enough that after all their fretting about RFID chips and false flag operations, the NSA was undone by one errant computer nerd in the form of Snowden. Yesterday’s leak essentially seals it: If the state of American spying has degraded to the level of the former head of both the NSA and CIA being the annoying guy on the train, what credibility does any claim of exquisitely orchestrated mind control have? The winners, meanwhile, are the reporters’ editors. If a semi-public figure is tweeting your secretive interview in real time, you’ll probably be able to go ahead and attribute the source after all. (It’s unclear whether he gave one or a series of interviews and to what number of reporters, though Matzzie had one speculation.)

Edward Snowden is probably fuming in his state-funded apartment in Moscow right now, turning away the grapes his servants are offering to feed him and idly refreshing news sites to check in on the fallout. The sensitive secrets of the American spy network are still in the hands of mere mortals, after all, and these are the mistakes we tend to make.

Tom Matzzie, meanwhile, is still very much oriented to the American way of life.