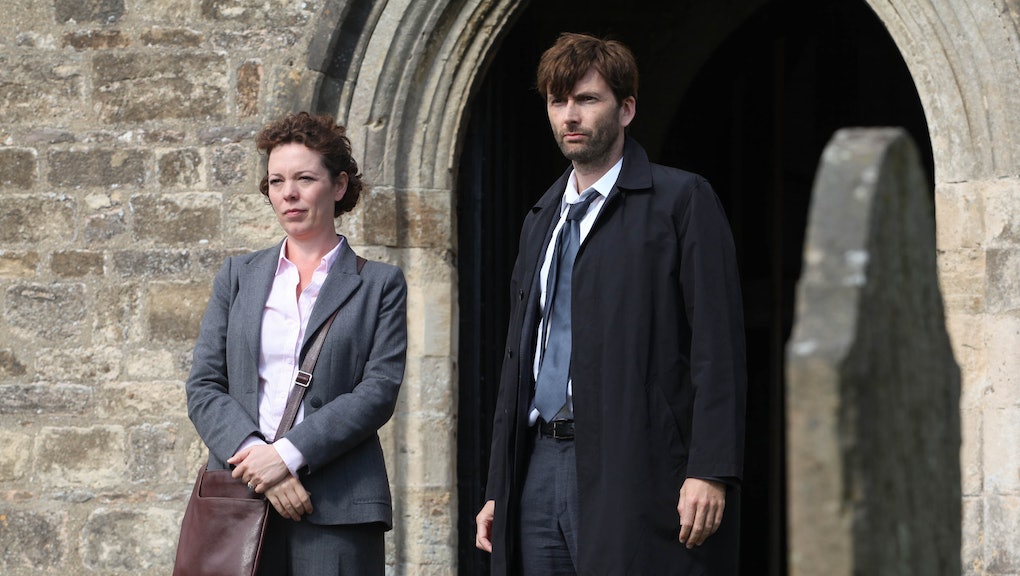 The website DogHouse Diaries recently produced a map titled “What Each Country Leads the World In,” based on sources such as the World Bank and the Guinness Book of World Records. The UK, according to the map, leads in fascist movements. Based on the recent trends in television, however, the UK should lead in terms of quality of original TV content. The Inbetweeners, Gavin and Stacey, Skins, House of Cards, The Office, and Broadchurch — shows that originated in the UK — have all been adapted or are about to be adapted for American audiences. The trend is only becoming more widespread as the demand and pressure for high quality entertainment is growing with the convergence of technology and content from providers such as Netflix and Hulu. It will continue to do so, not because American producers have run out of ideas but because they realize that the ability of British writers to capture accurately the nuances of everyday life is the formula for success.

The Inbetweeners is a British sitcom that follows four teenagers as they experience the vicissitudes of growing up, from failed sexual encounters to hilarious trials with alcohol. The sitcom, although at times melodramatic, seems more non-fiction than fiction. It captures perfectly British culture, from the scruffy “rebellious” look of teenagers who have to wear uniform to the uniquely British slang. On the opposite end of the spectrum, the most recent of adaptations-to-be, Broadchurch, is a crime drama centering on the death of a small boy in a small coastal town. The series astounded critics on both sides of the Atlantic with not only its stellar performances but also its script and cinematography which, although fiction, felt as if it were shot in real time. Viewers could feel the heart-wrenching pain and empathize with the dilemmas and struggles of the characters at every turn throughout the series.

These shows are only two examples of why British television has become the base for American television. Regardless of whether it's drama or comedy, the characters are not overdone and flawless. Even after the biggest fight or crying all night long, they seem like everyday people and they make the story’s premise believable and relatable. It is not the sense of humor in the dialogue that is driving the success of British shows, but it is instead the lack of side commentary or predictable or forced jokes which can be found more commonly in American shows. Contrary to American scripts, British shows tend to neither glamorize situations nor be littered with slow-motion sequences. Rather, they seem to be scriptless or taken from everyday speech, or based on the writer’s experience.

Of course, this is not to say that all American adaptations are mere rip-offs of their British counterparts. The American version of The Office and reality game shows seem to be the exceptions in this trend. The Office starring Steve Carrell lasted four times as long as the British version and American Idol will start its 13th season next year, while Pop Idol,the show it is based on, lasted only two years and did not produce the same caliber of superstars that the American version has. Masterchef US also has gone against the grain. Its Season 4 finale attracted 6 million viewers, whereas the UK version, which has been running since 1990, only had 5.58 million viewers for finale in May this year. With The Office as the exception, it may be that the most successful U.S. adaptations of British shows rely not on the believability of characters but on the talent of actors. American producers who don't recognize this are at danger of taking a product of British culture that is so unique in its depiction of characters and culture and, by trying to adhere to the same template, producing a show that will not end up being successful.

If the adaptation of shows from across the pond becomes the future of American TV, we could see more shows being cancelled before they have a chance to develop beyond viewers’ expectations of the originals. Producers have realized that it is the relatable elements of British shows that cause them to be successful and by over-adapting them for American audiences and culture, things can be lost in translation. For non-reality shows, American producers should either focus on creating more original content or take a bet and slowly start to transform American entertainment, making fiction seem more believable. We may see more successful shows and, moreover, the phenomenon and success of this genre could become a base for international entertainment in the future.